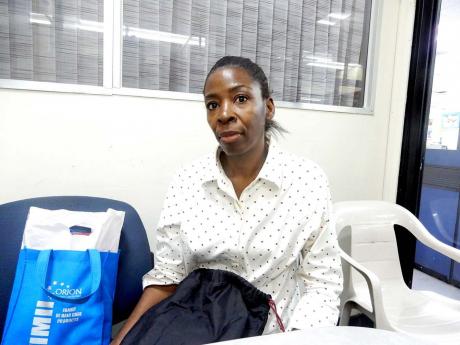 Pamela Pitter is a disgruntled woman. The 50-year-old said she is wondering if she has been a victim of a job scam after she was cut from a company's roster without being paid.

Pitter said that she has been requesting the $4,000 owed to her for working at the establishment over a two-day period, but she is yet to receive a dime.

The woman explained that she had responded to a newspaper advertisement, where a company was seeking workers for a new concessionaire. Within days, she was contacted via text message to say that she was shortlisted for a supervisory position.

"In mid-December, I got to the office where I was scheduled to do the interview about 9 a.m., but never did it until after 11. I was told that I got the job, and I am to wait. It wasn't until about 10 that night that they called a group of us that we will begin working the following morning. They offered me $10,000 [per week] for the supervision post, although I had requested $25,000. I still took the job because it was better than staying home," she said.

Pitter said that she was not given a job letter or any other document, but was told that her salary would be sent to a bank account at the end of each work week.

She told THE STAR that after working for two days, she was told via a text message that a roster was being done and she would be told when to return to work.

"I began wondering what type of schedule they were going to make because the canteen that I worked at didn't operate on a shift basis, so I sent back a message to say that I was waiting. A few days later, I sent another message to ask if I was going to be paid for the two days worked, and I was told yes," she said.

However, after several days and a string of unanswered phone calls and text messages, Pitter still didn't receive any money.

She said that she even asked the owner of the company if they were operating illegally.

"I was told to pick up my cheque last Friday, but not before he expressed his annoyance at my message of query. I went to the office on Friday, but it was closed. I called the numbers that were provided, and none of them answered," she said.

Pitter said that while $4,000 might not be a lot of money, she still wants to be paid.

"This is wrong. You can't just work people and leave them in limbo. Even if they had a change of heart, the least they can do is contact me. I was not given a job letter, so they leave no trace or footing for me to stand on. All I needed was a job," she said.