Man searches for 'girlfriend' he left more than 40 years ago 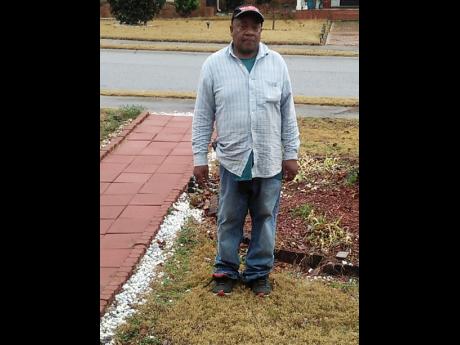 Errol Samuels left his heavily pregnant girlfriend, Dolly, in Montego Bay, St James, 44 years ago and headed to the United States of America. He has not seen or heard from her since.

Now 63 years old, Samuels told THE WEEKEND STAR that he looks forward to reuniting with the woman and their child.

Samuels said that at the time, he lived at a premises on the Doctors Cave Beach Hotel, where he worked as a waiter, and met Dolly, who was working as a barmaid on Barnett Street in Montego Bay.

"She was about 18 years old, and I was in my early 20s. We really fell in love, and she used to come by the hotel and stay with me on her day off. She got pregnant, and I left Jamaica on a student visa when she was about eight months along. I got a job shortly after, and that was a violation, so someone reported me to the authorities. Luckily, I was never deported home, but they gave me a chance to get my documents right," he said.

Samuels stated that for a few years, he kept a low profile in the United States, and that was when he lost contact with Dolly and his parents.

"I was trying to be extremely careful not to get in any more issues with immigration, so I was advised that it was best not to write any letters or anything. I basically just kept a low profile as I knew I was being watched a lot. Dolly was never far from my mind, though, and I knew she probably think I had ran away and left her, but that's not the case," he said.

Samuels, who is now a father of two other adult children, said he returned to Jamaica after he got married, and he and his wife went in search of Dolly but were unsuccessful. His wife died last year.

Samuels states that he longs to play a part in his long-lost child's life, who should be in his/her early 40s.

NOT SURE WHERE SHE LIVES

"I really don't know if she had the child, lost the child, or what sex the baby is. I am not sure of her exact address, but I went to her house once and knew that we went through a coffee walk or cane field to get there. I came back to Jamaica on more than one occasion, but I just couldn't find the home because a lot of things have changed in the area. My parents were very strict, so they didn't know I was involved with her or that she was even pregnant, or as big as I was, I would have got a beating," he said.

Although it has been decades since he last saw Dolly, Samuels said that he believes he could easily recognise her should he see her now.

"It is a very long time, but I am sure If I should see her tomorrow, I would instantly recognise her, and she would do the same. She didn't have any distinguishing mark or anything, but she is dark and of Indian descent. I searched all over social media, but this is the fist time I will be going public with the search because I was afraid of getting scammed," he said.

If you can help Errol Samuels reunite with Dolly, he can be contacted via telephone at 203-223-8618.