Citizens of McKenzie Drive mourn the fiery death of resident 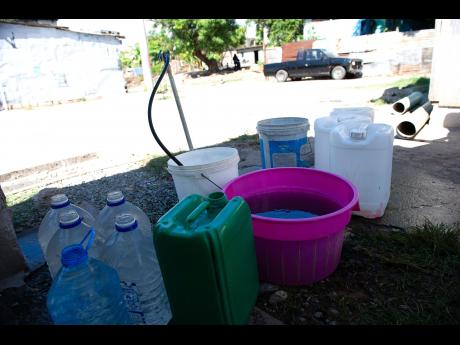 Piped water has been a scare commodity in the McKenzie Drive section of the Tivoli Gardens community in Kingston. 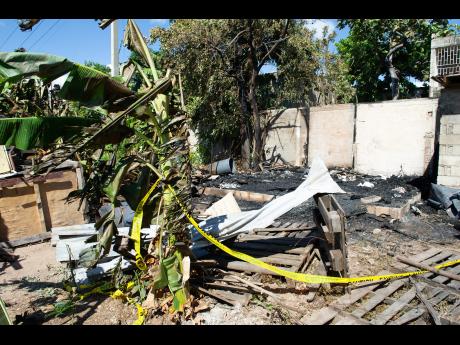 50-year-old Richard Lee died in this house after it was razed by fire last Friday. The cause of the fire is unknown.
1
2

Residents of McKenzie Drive in Tivoli Gardens said the shortage of piped water in the area may have contributed to the fiery death of one of their own last Friday. According to residents, 50-year-old Richard Lee perished in the blaze that may have started from a lit cigarette.

"Mi honestly feel say if water did deh here we could spare his life. The fire truck never come same time and when some a the people dem used up the likkle water dem have in dem drum and bottles, some a dem start throw dirt but it never work at all," a distraught female said.

The woman told The STAR that their regular water supply has been disrupted since roadworks began in the area a few months ago.

"A last night (Thursday) mi see Richie and him a drink and smoke. Wi all out here a run bare joke and next ting mi know him just burn up and dead. Richie never have an enemy in this world. Him have a likkle daughter but he liked to drink. A lot of persons were wondering if he was in the house when we saw the fire in the after 5, but mi know him did in there because the door was locked on the inside. Wi do everything we could to out the fire," the resident said.

"The fire truck all come after 7, which is practically two hours after the fire started," she added.

The woman said while she has high praises for her community and political representative, she is imploring the authorities to restore their water supply as the lack of the commodity is putting a damper on their day-to-day activities.