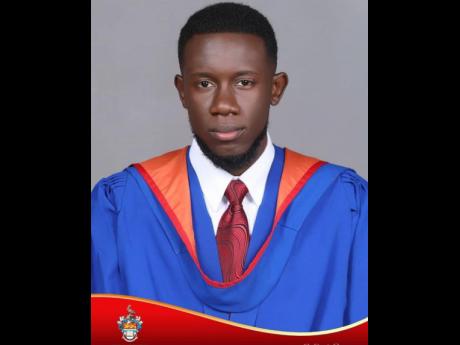 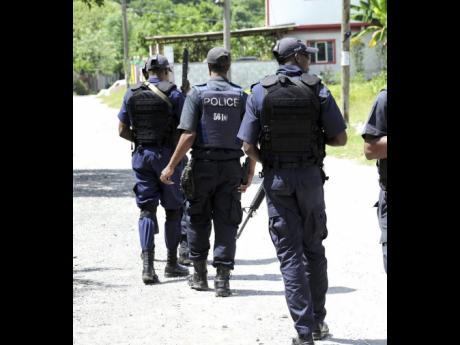 Deajon Harvey says the crime and violence that plagues his August Town, St Andrew home served as a major motivating factor for him to complete his bachelor of science degree in accounting and management studies at the University of Technology.

"I got used to the violence around me, so it was like a motivation to push ahead and not be one of those guys that stop studying, or stop going to school, because I would probably end up being drawn into badness," he told THE STAR.

Harvey, 23, is from a section of August Town called Bedward Gardens.

"August Town is full of many potential leaders, but it is just for the persons to push ahead if they want better for themselves. I am a testimony that you can achieve what you want, coming from the community," Harvey told THE STAR.

The youngster, who attended Kingston College, said he didn't allow the tough nature of his community to deter him from reaching his educational goals.

"When violence erupts in the community, I have to take the other direction, which is through Tavern; so somehow I have to make sure I reach home early before night come down," he said.

And being a Christian, Harvey prayed that he would never get caught up in a crossfire when violence erupted in the community while on his way to school.

However, while studying, Harvey said he fought numerous battles with hunger and other issues brought on by the lack of finances.

"If I was staying at school the whole day, I wouldn't have money to buy food; I would basically feed on sugar bun and drink water ... it was either sugar bun or bun. I couldn't afford to buy bun and cheese, because I would have to think about the rest of the week," he told THE STAR.

Pointing out that his mother was a single parent, Harvey said that he had to take care of himself financial throughout university.

"Mom didn't work a whole lot of money, so I tried to get a job, and things are rough, so I couldn't afford to stop studying or pursuing my dream because of the violence around me," he said.

However, his journey was made a bit easier as he received assistance in paying his tuition.

And now that he has completed his tertiary education, he has secured a job, but he is eager to earn more academic qualifications.

"I have already got accepted to work at PricewaterhouseCoopers, so I will be starting soon, and I plan to pursue higher studies to get my ACCA or CCA," he said.

The Certified Public Accountant (CPA) and the Association of Chartered Certified Accountants (ACCA) qualifications are among the more globally recognised accounting credentials.