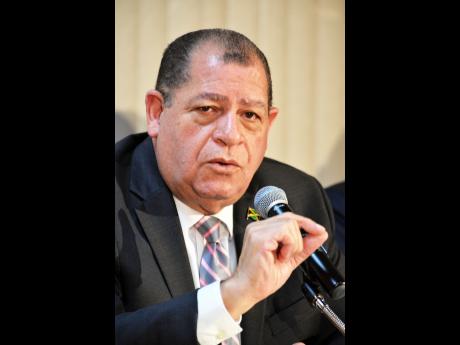 Craig Johnson considers himself to be very unfortunate having been hit with the full brunt of tax increase which took effect yesterday.

Johnson recently purchased a new vehicle, but did not have all the required documents to allow him to register it before the new taxes and duties took effect.

Finance Minister Audley Shaw on Thursday announced a 20 per cent hike in all motor vehicle related fees at the tax office. Under the increases, which took effect yesterday, motor vehicle and driver's licence related fees for taxis moved to $9,240, up from $7,700. The same increase now applies to motor cars with a cc rating not exceeding 1199.

"It is a pressuring situation for everyone. It was recently these taxes went up and now they increasing them again," Johnson lamented.

Johnson explained that he was unable to get the vehicle licence before the implementation date due to procedural issues.

However, if Johnson wanted to beat the deadline for the implementation of the new duties and fees, he would have to endure long queues, according to Shavar McKay of the Taxpayer Service Department at the Cross Roads, St Andrew, branch.