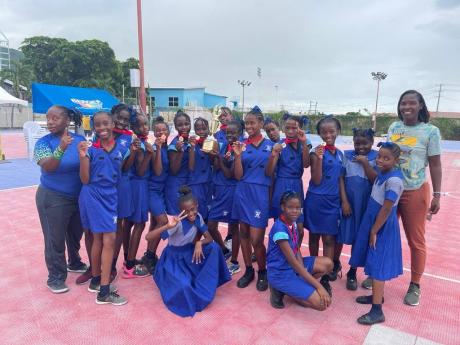 In the netball final at the Leila Robinson Courts, St Patrick's got the better of Mona Primary 10-8 in an exciting encounter. Holy Family Primary finished third.

The other regional winners will be decided soon.

Meanwhile, in Portland, Port Antonio Primary marched into the football final with a convincing 3-0 win over Buff Bay Primary and will meet Manchioneal Primary, who blanked Boston Primary 2-0, in the final on Friday.

In St Elizabeth, Brompton Primary and Barbary Hall will contest the netball final, which will be played tomorrow. Brompton defeated Brinkley Primary 18-3 while Barbary Hall got the better of Glen Stuart Primary 8-5 in the semifinals.

In the football semis, Santa Cruz Primary beat Brompton 2-0 and Holland Primary defeated Black River Primary 5-0 and will meet in the final also scheduled for tomorrow.

The INSPORTS Primary School football and netball competitions will be completed this month and the winners, along with the runners-up, will advance to the National Championships next month to determine the all-island champions.