Weather improves but Jamaica fail to add to medals in Cali - There could be a gold rush today in women’s 200m, men’s 400m hurdles, men’s triple jump and women’s 4x100m 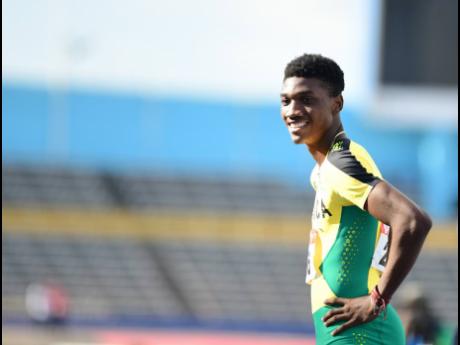 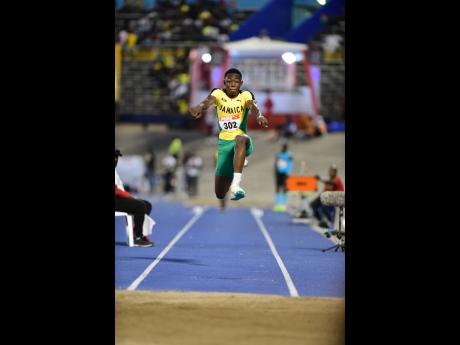 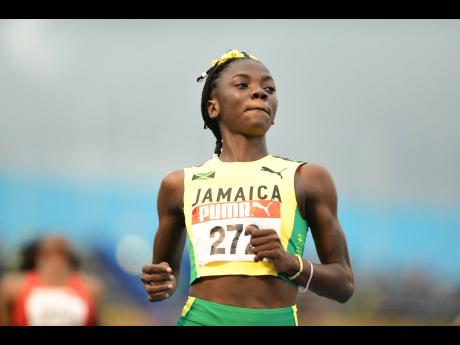 There was a big change in the weather in Cali yesterday as after a thunderstorm and heavy showers the previous day it was sunshine all day, but this did not help Jamaica as in three completed finals the island's athletes failed to get among the medals.

The first bit of bad luck came in the men's 400 metres final where fastest qualifier Delano Kennedy was disqualified following a false start.

In the men's 200m final Bryan Levell failed to reproduce his semi-final form and finished sixth in 20.72. Blessing Akawsi Afrifah of Israel clipped hot favourite Letsile Tebogo of Botswana on the line to win gold. Both were given the same time, 19.96, in a very tight finish. Calab Law of Australia was third in 20.48.

Top-ranked Hill won her heat in 13.30 seconds before James, ranked at number three, breezed to a personal best 13.04 for the fastest time on the day.

J'Voughnn Blake will be the only Jamaican in today's semi-finals of the men's 800m following first-round action. Blake ended fourth in his heat in one minute 48.97 seconds to be the eighth fastest qualifier. Adrian Nethersole placed seventh in his heat in 1:53.91 and was eliminated.

Triple jumper Jaydon Hibbert, ranked number one in the world, qualified for today's final with the leading mark of 16.37m . Teammate Royan Walters did not advance as his best attempt, 15.29m, saw him finishing 13th overall and missing out by one position.

The women's 4x100m advanced to the final. The quartet of Serena Cole, Tina Clayton , Alexis James and Tia Clayton cruised to a 43.65 seconds clocking to win their heat ahead of Italy, 44.69. The team will be strengthened for the final as Hill will reunite with the world record team as she will replace James.

The men also advanced to today's final with the second fastest time overall after the quartet of Bouwahjgie Nkrumie, Adrian Kerr, Mark Anthony Daley and David Lynch finished second in 39.24 in their heat. Japan won in 39.12. Levell will replace Lynch for the final.

Brianna Lyston looked in top form in the women's 200m semi-finals. The world leader looked quite relaxed in winning in 22.83, the fastest female time of the day. American Mia Brahe Pederson took second in a personal best 22.95.

Alana Reid is also through to the finals after producing a personal best of 23.16 seconds to finish second behind the American Jayla Jamison who won the semi-final heat in 23.01.

Roshawn Clarke is through to the final of the men's 400m hurdles after clocking a personal best 49.35 seconds to win his semi-final heat. In a competitive heat the first three past the line have the fastest times going into the finals. Ismail Doudai Abkar of Qatar (49.48) and Matie Ian Gucek of Slovakia (49 72) also clocked personal best times. Jamaica's Antonio Forbes failed to advance after a sixth-place finish in his semi-final in 51.42.

The country's medal tally is expected to increase today with Lyston, Clarke and Hibbert the favourites for gold in their events.

Jamaica will close out the day with the finals of the women's and men's 4x100m.