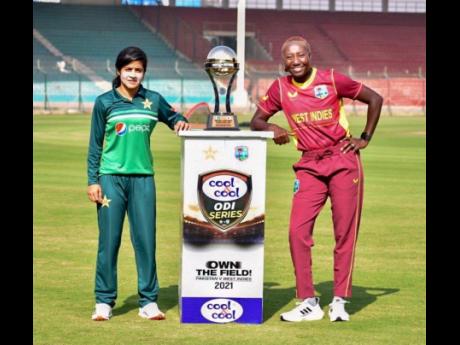 West Indies Women's captain, Stafanie Taylor, says the disappointing exit of the senior men's team from the ICC World T20 tournament will not affect her side as they take on Pakistan in a three-match one-day international series and the ICC Women's World Cup qualifiers later this month.

Taylor, who is returning to the side after missing the recent series against South Africa in the Caribbean, says the team's thought process is purely on the upcoming assignments which are to get a positive outcome from the Pakistan series and to hit the ground running at the World Cup qualifiers.

One of those things that Taylor says the team has been trying to iron out is getting more runs on the board as a batting unit, and with her return as well as first-choice wicketkeeper/batter Shemaine Campbelle, the team is looking to put up bigger numbers.

"We had to accept where we are at and we have had good conversations around getting good partnerships. When someone is in, they have to stay in so that we can propel at the back-end towards whatever total the pitch is giving us," added Taylor.

One of the players who the team is backing on to continue her good run is Jamaican opening batter Rashada Williams who is set to get her full run on an international tour.

Vice-captain Anisa Mohammed has had nothing but praise for the former Eltham High player, who has virtually cemented her place in the senior team on the back of impressive performances against South Africa.

"I think what Rashada brings to the team is patience. We don't have a lot of us who play with patience. She also reads the game well and whenever you speak with her, she has a lot of knowledge and she is always thinking," said Mohammed.