We need to be good in all facets – Pollard 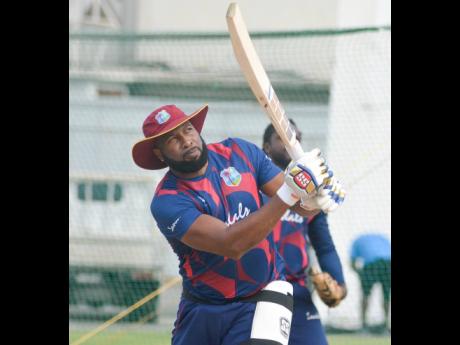 West Indies T20 captain Kieron Pollard says his team has to be firing on all cylinders when they start their defence of the ICC World T20 title on October 23 against England in Dubai.

"We need to be good in all three facets of the game. The pitches in Dubai, Abu Dhabi and Sharjah all give something different and it's not going to be the same game plan throughout the three surfaces," said Pollard.

The West Indies will face England, South Africa, Australia and two group qualifiers in Group One as they hunt their third T20 World Cup title.

"We need to be smart and sometimes play the conditions and we need to have the right personnel at the right time to get the job done," added Pollard.

With mystery spinner Sunil Narine lighting up the Indian Premier League with 14 wickets in 12 matches, the question was put to Pollard if he would have liked the Trinidadian to be in the squad for the World Cup.

"I have no comments on that. I think enough has been said on that. I think persons have explained the reason for his non-inclusion at this point. All I have to say is that he is a world-class cricketer," added Pollard.

The West Indies captain also weighed in on the fitness of Jamaican Andre Russell who has been recovering from a hamstring injury he picked up in the ongoing Indian Premier League.

"He's a critical person for our team and we'd love for him to be 100 per cent but we have to deal with what's in front of us. Let's see what happens over the next couple of days. When we see him as a management staff, we'll be able to assess and ascertain what he can or can't do, but we're looking forward to having a fit Andre Russell if possible," Pollard said.