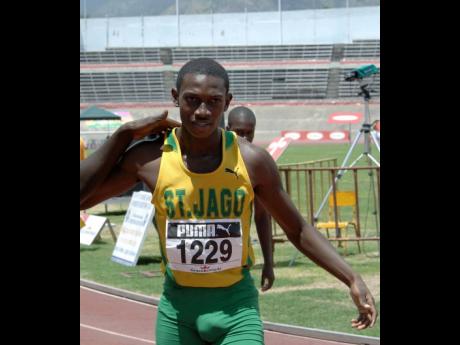 Nevers, 31, a St Jago High past student and former MVP track club athlete, died in a car crash in the United States where he resides.

While only spending a few years on the professional circuit, Nevers had success at the collegiate level for the University of Technology, Jamaica (UTech) where he not only claimed the 100 metres title at the 2014 Penn Relays, but was part of the UTech team that became the first overseas collegiate quartet to win the 4x100m relay at the Penn Relays in 2013. They would win back-to-back titles in 2014 with the second fastest time ever in the event at the Penn Relays (38.71 seconds).

But it was not only his dedication to his craft that has been celebrated and remembered the most but also the way he interacted with fellow teammates, a trait that was consistent throughout his growth from high school to university.

"He was just a jovial person. He found fun in everything. And that was what made him so special. He was also encouraging too," Hawthorne told STAR Sports. Nevers competed for St Jago at the same time as sprinters Nickel Ashmeade and 2011 World 100m champion Yohan Blake. It is that same energetic spirit that Francis also remembers him in addition to how seriously he took his craft.

"It is always a feeling of exaltation when you have worked with youngsters and they to quote the phrase brought home the bacon," Francis said, drawing back to that 2013 triumph which included Andrew Fisher, Nicholas Watson and Olympian Julian Forte. " He was determined to be successful, determined to do well. And his passing has brought serious (sadness) to all persons who have been associated with him during his tenure at UTech. His passing will be bitter for us all"

It was a success that Hawthorne said did not surprise because of his ability and drive.

"We lost a great son, we have lost a great person and I want to extend my condolences to his family in their time of bereavement," Hawthorne said.

Forte paid tribute to Nevers yesterday in an Instagram story post with the words "RIP (Rest In Peace) Bro" with a picture showing Nevers handing the baton off to him in their historic Penn Relay championship run.