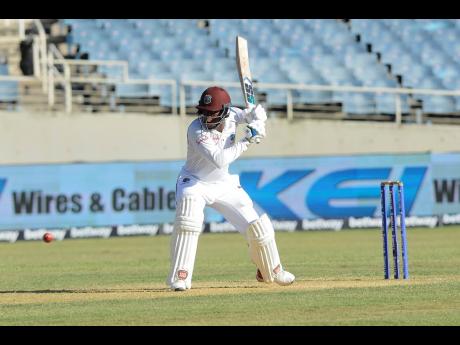 Left-hander Shimron Hetmyer and all-rounder Roston Chase will be available for selection for the two-Test series against Sri Lanka later this month after passing the required fitness tests.

The news comes just four days after Cricket West Indies announced that the pair, along with fast bowlers Oshane Thomas and Sheldon Cottrell, had been ruled out of selection for the Twenty20 and One-Day International series because they failed "to reach the minimum fitness standard in time for selection consideration".

Director of cricket, Jimmy Adams, said Monday Hetmyer and Chase had subsequently "met that standard" and would now be considered for selection.

"The next selection meeting would be around the Test matches coming up later in March, so they are now available for selection having met that minimum standard," Adams announced.

Only Sunday, Chase and Hetmyer were named in two 13-man squads for a four-day practice match at the Coolidge Cricket Ground in Antigua from March 8-11.

Chase will lead one squad while Hetmyer will feature in the side to be captained by Kraigg Brathwaite.

Both players missed the recent two-Test tour of Bangladesh last month after joining several others in opting out due to COVID-19 fears.

However, they featured for their respective franchises in the just-concluded Regional Super50 Cup won by Trinidad and Tobago Red Force.