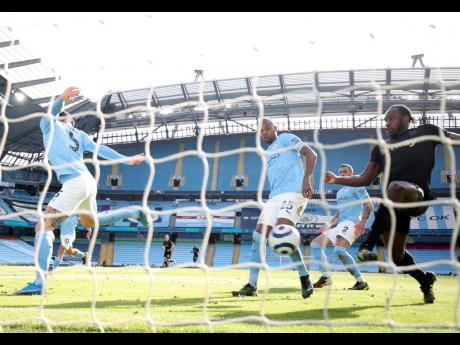 Jamaica Football Federation (JFF) president Michael Ricketts says that the federation is looking to expedite the process for West Ham striker Michail Antonio to be available to play for Jamaica as soon as possible.

In a virtual press conference held by the JFF yesterday, Ricketts outlined the status of the 30-year-old London born striker who recently committed his international future to the Reggae Boyz as well as announced Jamaica's next opponent for the March international window which is the United States in Austria.

Antonio refused the federations initial approach to play for the national team in 2016 citing a desire to still represent England. However, despite call-ups in 2016 and 2017 from managers Sam Allardyce and Gareth Southgate, respectively, he did not make an international appearance for the 'Three Lions'.

Ricketts said that the federation met with Antonio and his agent on Sunday and he expressed an "absolute desire" to represent Jamaica. While he confirmed that Antonio has started the process to obtain a Jamaican passport, he did not give a timeline as to when the paperwork would be completed so that he is eligible for selection.

Jamaica will use the US-friendly as preparation for the two major assignments this year. They include the 2021 Gold Cup tournament in July and the final round of the World Cup qualifiers which begin in September. The JFF hopes Antonio will be eligible for both competitions by the time the process is complete. He said that they are seeking assistance from the Ministry of National Security to facilitate the process for Antonio and other potential players on the radar.

"We are waiting on a response from them to see how best they could help us to speed up the process. So we just have to keep our figures crossed. But we are doing our best to ensure that as soon as is possible we have the passports of these players in hand," Ricketts said.

Meanwhile, the March 25 friendly against the USA will be Jamaica's first for the new year and the first since November when they played a two-match series against Saudi Arabia in Riyadh. While the last meeting between the two nations was in the 2019 Gold Cup semi-final which the USA won 3-1, their last international friendly together was in June of that year when they registered their first win on US soil courtesy of a Shamar Nicholson effort. Per UEFA's Return to Play protocol, the match will be played without fans in attendance in Neustadt, Austria.