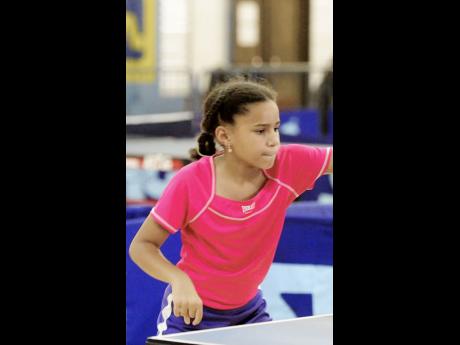 GOOD attacking play was the formula used by Jeremy Miller and Ffion Fletcher to win the Class one Open singles titles, in the Supreme Ventures Open Amateur Tennis Championship which was held at the Liguanea Club, New Kingston recently.

Competition was in three male categories, Classes one, two and three and in one female category.

Miller, who has a good all-round game, had a hard-fought semi-final against promising young Daniel Hill and prevailed 5-7, 7-5, 10-7. He then met Adam Vaz, who had a fairly comfortable semi-final victory over Matthew Rodriguez 6-2, 6-4.

This match was a thriller that saw both players challenging each other for nearly two hours.

After a fairly easy first set, which he won 6-3, Miller had to dig deep to defeat Vaz 7-6 in the second set, as Vaz fought doggedly throughout. Vaz seemed set to take the match to a third set, on several occasions, but Miller prevailed by playing aggressive tennis.

Fletcher, who has won a couple of titles recently, used her experience to defeat Emma Dibbs 7-6, 6-1 in the semi-finals, while Jenna Harrison had an easy passage to the finals as Selena Blythe was unable to play.

In the finals, Fletcher won the first set 6-0, but had to work hard to take the second 6-4. Leighton Burton won the Men's Class two title, by defeating Barry Hazel 7-6, 6-3, while Jermaine Case had a walkover over Scott Jones in the Men's Class three final.