Arsenal look to return to winning ways against rival Spurs 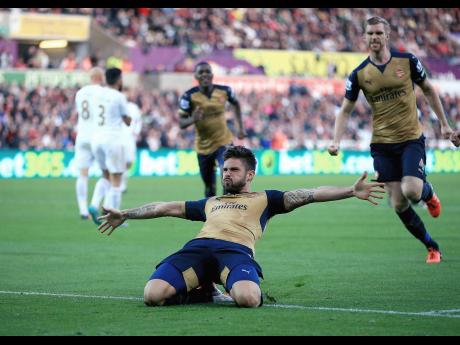 That loss has left the Gunners on the verge of exiting the competition at the group stage for the first time since the 1999-2000 season. Arsene Wenger's side is now six points adrift of Group F leader Bayern and second-place Olympiakos with two games remaining.

"There is still a chance to qualify," Wenger said. "We have to realise that our chance is at a minimum.

"It will be very tight, but we have to fight until the end. Let's hope Bayern beat Olympiakos and we win at home against Zagreb. That leaves us with a chance to qualify from the last game. It's a small chance but there is still a real one."

While it struggles in Europe, five consecutive wins in the Premier League has lifted the Gunners to second in the league, level on points with leaders Manchester City.

Wenger's side responded to a 2-0 loss away to Chelsea in September by putting together its best run of form since the start of the new campaign.

By contrast, Jose Mourinho has since overseen a serious slump at Chelsea, losing three of the last five matches a run that has raised question marks over his second spell in charge.

Up next is a trip to Stoke, which knocked Chelsea out of the League Cup less than two weeks ago.