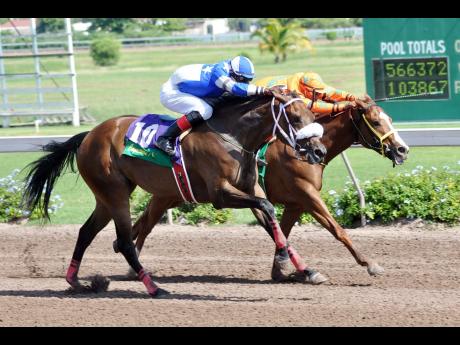 @Normal:Jockey Omar Walker, aboard PUDDY POOH (forefront), holds off a challenge from MOM'S STUDENT, with Richard Mairs aboard, to win by a neck in the Divisional (1) Sunnyside Stakes Trophy race at Caymanas Park on December 20, 2014.