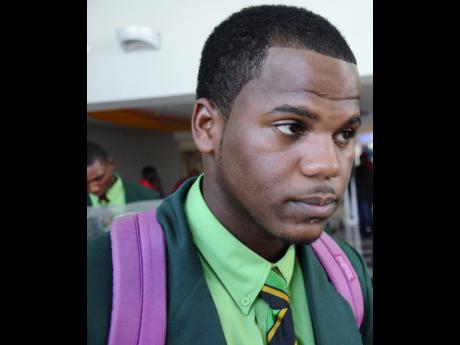 Jamaica Scorpions vice-captain John Campbell believes the Achilles' heel of the team last season, their batting, can be a thing of the past, given the growth and maturity of the players in the off season.

Jamaica, who in 2012 claimed a fifth straight hold on the regional four-day title, finished a dismal second form last season after a particularly horrendous batting showing.

Failing to consistently post totals over 250, Jamaica ended up with five defeats, two draws and three victories, much to the dismay of their supporters.

This, however, according to Campbell, could be just a terrible season, as based on pre-season trial and practice match scores, and their attitude, the batsmen have improved.

"I believe all of us (batsmen) have been showing maturity during the six trial matches and the lone practice match," stated opener Campbell.

"We have also been spending time in the middle, batting for long periods of time, and this, I believe, will play out in the season, starting with our first game against Barbados."

The Barbados Pride fixture, which bowls off today at Kensington Oval, is one of three first-round matches, and is set to challenge the Scorpions batting, to be led by Kirk Edwards.

The out-of-favour Barbadian, who was drafted earlier this year, is

expected to bat at number three with support at the top coming from openers Campbell and young captain Paul Palmer Jr.

The middle order, in the meanwhile, should have in it wicketkeepers Chadwick Walton, Carlton Baugh Jr, as well as all-rounder David Bernard Jr.

The up-and-coming Andre McCarthy and young Brandon King are the other specialist batsmen in the team's 13-man squad.