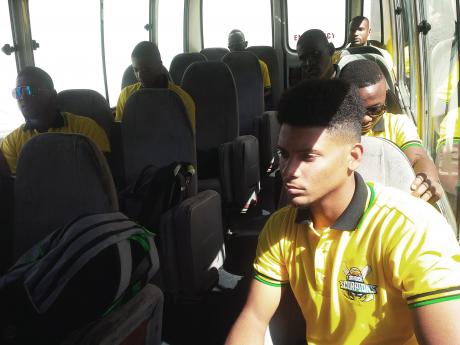 New Jamaica Scorpions captain Paul Palmer says he is looking forward to the challenge of leading the franchise in the Professional Cricket League four-day championship, which bowls off today.

The 23-year-old, who has played just two first, class games, has been named in place of longstanding skipper Tamar Lambert, who stepped down at the end of last season.

Lambert, 34, has also been axed from the 13-man squad, which has travelled to Bridgetown for the opening-round fixture against Barbados- Pride.

"I am just looking forward to the challenge because I know it will be challenge. It is my debut season, so I know there will be a lot to accomplish this season and I am looking forward to it," said Palmer, who has played both first-class games for Combined Campuses and Colleges.

"I am expecting good things from myself. So far, in the nets and in the practice games, I have been doing well, so it is now for me to carry that form through and execute in the competition and see if I can come out with some runs and lead the team well."

Palmer will have a huge responsibility especially with Scorpions expected to face a tough run in the campaign with a largely inexperienced unit.

Scorpions struggled last season, finishing fourth on 75 points with a mere three wins, and Palmer said that this year, his side would be backing their preparation.

"The preparation has gone well. We got in a few practice matches, we are healthy, we are gelling together nicely, and we are looking good as a team," he said.