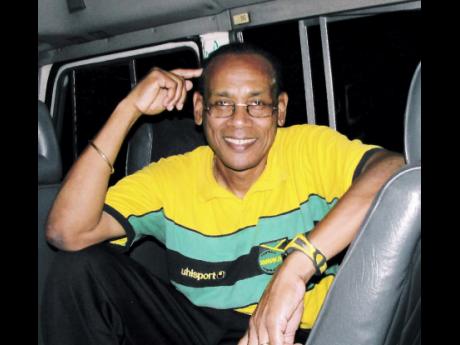 Vin Blaine, Jamaica Football Federation (JFF) director of football, and overseer for a number of the national youth programmes, believes this year's schoolboy football competitions could turn out a number of players for the national under-17 and to a lesser extent, the under-20 age groups.

"Especially the Under-17 level. The Under-20 is a little more difficult because at that level you have more professional players and players who they bring in from overseas, but one and two of these players I see can make that transition to Under-20," he said.

Blaine attends matches in the schoolboy competitions to spot

"When I come to these games I try to identify one and two talents that I can pass on to the respective coaches in the different age groups, that's about it, and enjoy the game as well," he told STAR Sports.

The football tactician gives the current Manning Cup system and style of play a fair grade, despite the not-so-good playing surfaces.

"Some teams you can see try to play good football, the surfaces are not always wonderful for the passing game as some fields are too bumpy and not conducive to good football. The players are trying," he said.

Blaine, meanwhile, said it would be easier for some players to transition to under-17, than the under-18 competition.

He said he wants to dissuade some players from bad practices, while encouraging coaches to get the fundamentals right.

"If you listen to some of the players in the stands and what they are saying is not what football is all about, they just need more discipline and to play their positions

Some of the coaches, I don't think are instilling the right principles in players," he warned.