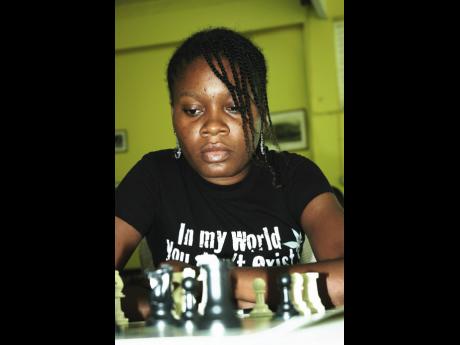 Richards, ranked seventh of 14 players from six countries, has had a good start to the competition with victories against Nicaragua's Gabriela Arevalo and Woman FIDE master, Kathya Mendieta, in the first and second rounds, respectively.

This has put her in the joint lead on two points with third- ranked Cuban WIM Yuliesy Hernandez.

In the third round, she will wield the white pieces on the top board against her toughest opponent to date, Hernandez, who is rated three hundred points higher.

Richards-Porter qualified for the Zonals by finishing third (7.5/9, half a point behind the top two players) in the 2014 Sub-Zonals event in Suriname.

She made history by becoming the first player from the English-speaking Caribbean to be awarded a WIM title.

She won 10 consecutive Jamaican Women's titles, 2002 and 2011, and was awarded WFM status based on her performance in the 2006 Turin, Olympiad. She recently won the 2015 Jamaica Open.

In Nicaragua, Richards-Porter is accompanied by her husband and coach, FIDE Candidate Master Russel Porter. Their participation was made possible by sponsorship from the Confederation of Chess in the Americas, the Jamaica Chess Federation and the Kasparov Chess Foundation.