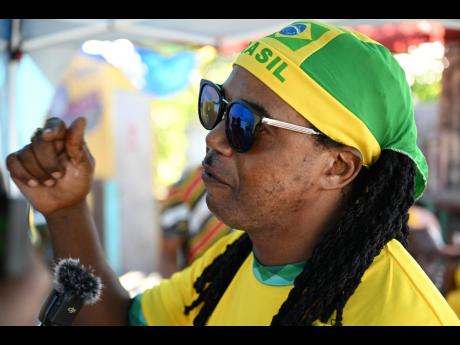 Brazil supporter Andrew Francis is confident his team will show up against South Korea today. 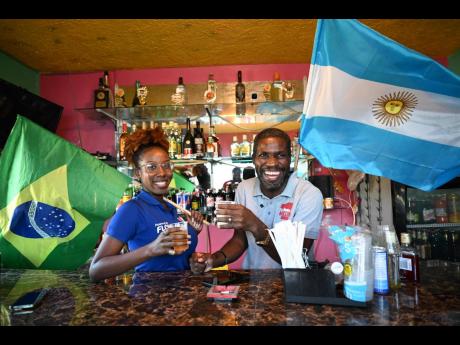 Cheers to the Cup hosts Shanel Lemmie (left) and Roxroy McLean at Duffle Bag Bar on Chisholm Avenue, St Andrew, yesterday. Roxroy’s Argentina are through to the quarters while Shanel’s Brazil are trying to advance from the round of 16. 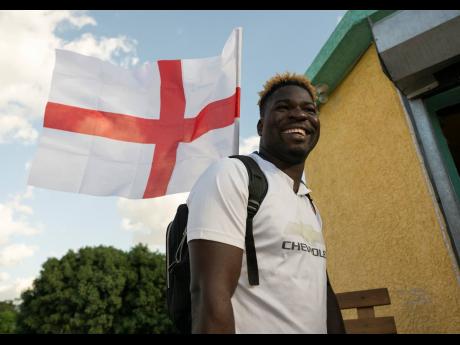 Derrick Douglas was the lone English supporter at Duffle Bag Bar on Chisholm Avenue in Kingston yesterday, but he surely enjoyed the 3-0 demolition job over Senegal. 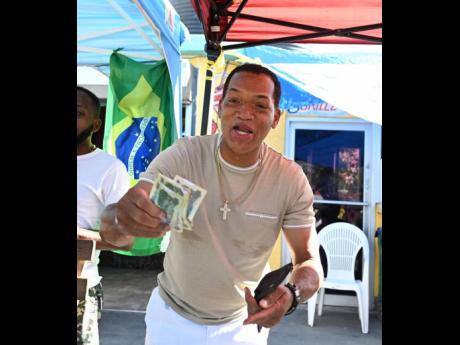 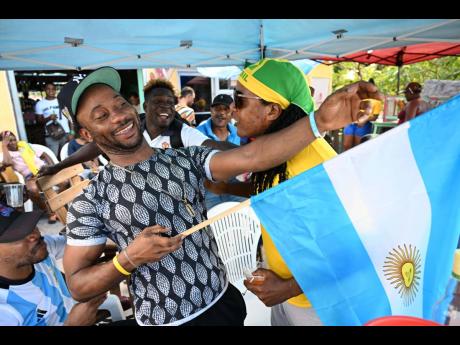 If you think the rumour that each Saudi Arabia football player was promised a Rolls Royce car for defeating Argentina in the FIFA World Cup 2022 was outlandish, consider for a moment that England will relax the visa regime should the country win its second title.

England signalled that they are serious title contenders following a comfortable 3-0 victory over Senegal in their last-16 showdown yesterday.

One of the country's top fans, Derrick Douglas, joked that winning the World Cup would be one of the best things to happen for non-British who are supporters of the team.

"If England win, di King fi just free up real England fans like me inna Jamaica and gi wi a visa because we deh yah right throughout," said an overjoyed Douglas.

England won the World Cup in 1966, but have repeatedly failed to put their hands on the Jules Rimet trophy in subsequent tournaments. However, the 26-year-old Douglas believes the drought is about to be broken.

"(It's) Coming up! We a bring home this fi di queen man. Yuh nuh know how the thing go man, British Airways, England is bringing it home," he exclaimed.

Douglas, who claimed to be supporting England for more than a decade, also took a dig at the vast majority of Jamaicans supporting Brazil.

"A waggonist nuff a dem but me is a genuine England fan from [David] Beckham days. A Manchester United a mi side and a black Beckham dem call me. Ask anybody round yah suh. Right now mi nuh see no weakness inna mi side. A wi a di only one a score three goals consistent and full a pace right throughout the games, so all dem Brazil and Argentina fans deh weh a mek noise that no bother me," he said.

Douglas, who has never travelled to England, predicted them to win 3-1 in the finals regardless of whom they play.