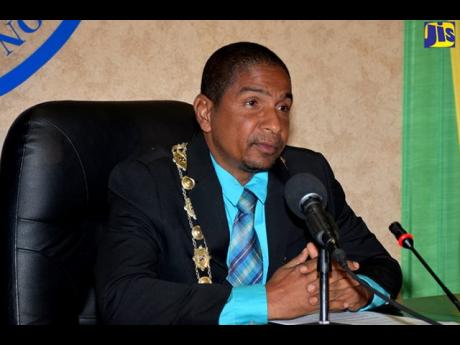 The construction of shops and vending stalls at the Jubilee Market in downtown Kingston is expected to be completed by January 2023.

The new space will accommodate approximately 60 haberdashery vendors who sell at the intersection of West Queen and Orange Streets.

Speaking at the official opening of the upgraded Stony Hill Market in St. Andrew on Thursday (November 25), Mayor of Kingston and St Andrew, Senator Councillor Delroy Williams, said the market will have large spaces for the movement of customers and vendors.

“There [won’t be any] little alleys or corners [inside the market], to ensure that people will feel safe. The idea is to give it the feel of a plaza,” he pointed out.

He informed that the market space was built over a year ago, in collaboration with the Urban Development Corporation (UDC).

“We had decided at the Municipality that we would not open the Jubilee Market. We would take steps to fund and invest in building out the shop areas, because that would be more conducive to proper vending and to what takes place there, which is haberdashery,” the Mayor said.

He said the aim is to transform downtown into a destination city that is holistic and takes into consideration tourists, residents, local businesses, small and large business operators and vendors.