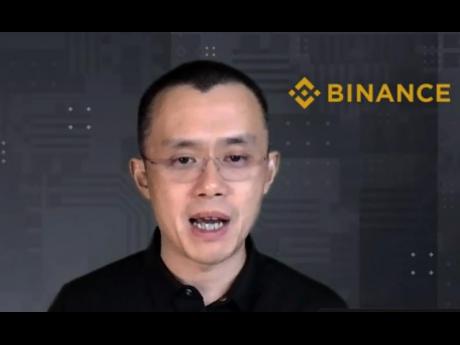 FILE - Binance CEO Changpeng Zhao answers a question during a Zoom meeting interview with The Associated Press on Tuesday, Nov. 16, 2021. Binance, the world’s largest cryptocurrency exchange, says more than $100 million was possibly taken illegally following a hack of its Binance Smart Chain blockchain network. “The issue is contained now. Your funds are safe. We apologize for the inconvenience and will provide further updates accordingly," CEO Changpeng Zhao said in a tweet, Friday, Oct. 7, 2022. (AP Photo)

Binance, the world’s largest cryptocurrency exchange, may have lost more than $100 million following a hack of its Binance Smart Chain blockchain network.

A reddit post by Binance discussing the incident said that the company temporarily suspended transactions and the transfer of funds after detecting an exploit between two blockchains, a method of digital theft that has been used recently in at least one other major hack.

“The issue is contained now. Your funds are safe. We apologise for the inconvenience and will provide further updates accordingly,” CEO Changpeng Zhao said in a tweet.

Zhao the issue took place on the BSC Token Hub, a cross-chain bridge that allows for the transfer of both digital assets and data between block chains.

Binance believes that $100 million to $110 million in funds were taken.

Binance said in a blog post on Friday that it was working on locking down any areas of vulnerability.

“A new on-chain governance mechanism will be introduced on the BNB Chain to fight and defend future possible attacks,” the post read.

Binance also said that there would be an increase in community validators as it moves towards further decentralisation. Its BNB Smart Chain currently has 26 active validators.

Last year Binance said that it was time for global regulators to establish rules for crypto markets. The company acknowledged at the time that crypto platforms have an obligation to protect users and to implement processes to prevent financial crimes, along with the responsibility to work with regulators and policymakers to set standards to keep users safe.

Binance is just the latest crypto company to experience a targeted hack. In August Nomad was struck, with media reports saying it was for nearly $200 million. The Nomad hack was also an exploitation of cross-chain bridge intended to allow the transfer of assets and information. Harmony lost about $100 million in a hack in June.