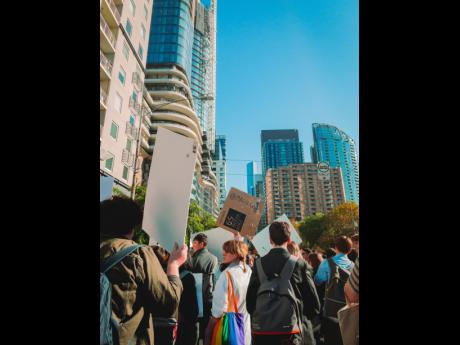 LONDON (AP) — Britain’s biggest nurses’ union asked its 300,000 members Thursday whether they want to go on strike in a dispute over pay, and the U.K.’s electricity system operator warned of potential winter blackouts, in the latest evidence of the U.K.’s worsening energy and cost-of-living squeeze.

Members of the Royal College of Nursing are voting through Nov. 2 on whether to stage the biggest strike in the organisation’s 106-year history.

General Secretary Pat Cullen said “nurses are struggling to provide safe care for their patients” because of staff shortages. The union is seeking a pay raise of 5% above the rate of inflation, which is currently at a 40-year high of almost 10%.

“The only way that we’re going to address those vacancies and ensure that we recruit nurses into our health services and hold on to the brilliant services that we’ve got is if we pay them a decent wage,” she said.

Cullen said nurses would continue to provide critical care during a strike.

The potential for a strike by nurses comes after walkouts by railway staff, lawyers and others seeking pay increases to keep up with inflation. Trains ground to a halt across the country on two days this week following a series of earlier rail strikes; another is scheduled for Saturday.

Britain’s cost of living crisis is fuelled largely by the fallout from Russia’s invasion of Ukraine, which has pushed gas and electricity prices higher and squeezed energy supplies across Europe.

The organisation that oversees the U.K.’s electricity grid said Thursday that planned blackouts might be needed this winter if the gas-fired power plants that produce 43% of Britain’s electricity can’t get enough gas to continue operating.

The National Grid Electricity System Operator said that in an “unlikely” scenario in which Britain received no imported electricity from Europe, households and businesses might face planned three-hour outages to ensure the grid does not collapse.

The U.K. last saw planned blackouts in the 1970s, during an international oil crisis and a series of coal miners’ strikes.