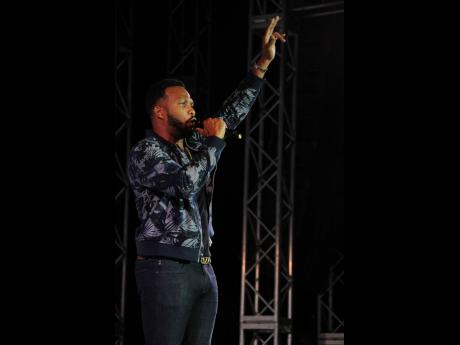 Agent Sasco, whose given name is Jeffery Campbell, will be inducted into the Order of Distinction (OD) in the rank of officer.

He receives the honour for "outstanding contribution to music, philanthropy and positive pro-social message to youths".

The OD is the country's sixth-highest honour. It is awarded to a Jamaican citizen who renders outstanding and important services to Jamaica and to any distinguished citizen of a country other than Jamaica.

Agent Sasco has had a storied career. He has released three studio albums and more than 350 singles and has collaborated with artistes such as Kanye West, Kendrick Lamar, Buju Banton and Beres Hammond.

His critically acclaimed last album, Hope River, was released in 2018.

His work also extends outside the studio. He is a brand ambassador for Recycling Partners of Jamaica and, through his Banks of the Hope Foundation, worked with the male wards at the Metcalfe Street Secure Juvenile Remand Centre in Kingston to build a recording studio.

Other OD recipients include noted orator and storyteller Dr Amina Blackwood-Meeks, jazz luminary Dr Myrna Hague-Bradshaw and Lord Creator, who was born Kenrick Randolph in San Fernando, Trinidad and Tobago, for his "contribution to the development of Jamaican music and community service".

Founder of the Rastafarian movement, Leonard Howell, will also be conferred with an OD.

Some 12 entertainment industry members are set to be honoured this year.

Minister of Culture, Gender, Entertainment and Sport Olivia 'Babsy' Grange and jazz great Monty Alexander have been appointed as members of the Order of Jamaica (OJ), the country's fifth highest honour. Also receiving an honorary OJ is Sheryl Lee Ralph "for sterling contribution as an actress, cultural ambassador for Jamaica and contribution to the international film industry".