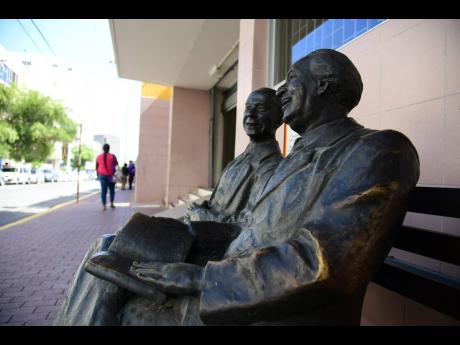 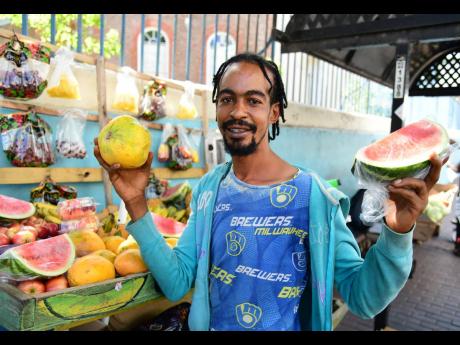 Fruit vendor Darrian Hutchinson said he would like to see more jobs for the youth. 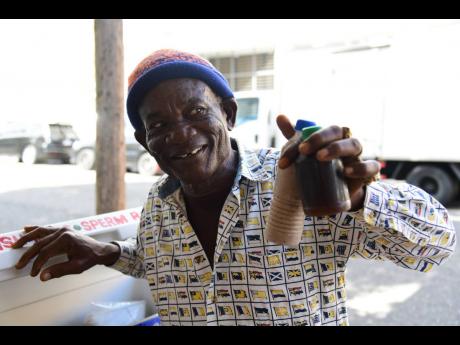 Freedson Stewart is calling for more unity and development as Jamaica celebrates 60 years of Independence.
1
2
3

When August 6, 1962 rolled around, Sir Alexander Bustamante was prime minister, with his cousin, Norman Manley as opposition leader.

A statue of them sitting side by side stands on Duke Street in downtown Kingston. And steps away from where two of the country's architects of Independence are immortalised, Jamaicans have expressed hope for development for the next 60 years.

On the eve of the island's diamond jubilee, vendors shared with THE WEEKEND STAR their elation at living to see the country reach the milestone.

"Jamaica reaching 60 years is a blessing to live on and see it and carry through as a blessed country. All over the atmosphere a Jamaica mi say right away!" said Freedson Stewart, a roots vendor. "We in the Independence spirit every day. That's joy and love and happiness and unite together and build this nation and build this country." Stewart called for more development for the nation.

"More money, more cash, cause we done have the love already, so all we do just gwaan exercise it and do some serious work," said the vendor.

Seemingly feeding off the essence of 'Busta' and 'Manley', Katie Henry's excitement for the Independence celebration seemed unending.

"Big up Jamaica, you done know. Grand Gala, loud! All a di bleachers, we have shelter fi you, yuh see mi, free of cost," she said showing off her ticket for the anticipated event. In her excitement Henry shared her hopes for the future of the land of wood and water.

"The younger generation need fi get smarter. Better life out there fi di wull a we but we affi make use a it. Gun thing nah work. We affi go out there and hunt fi di food. Big up di wull a dis, yuh hear that!"