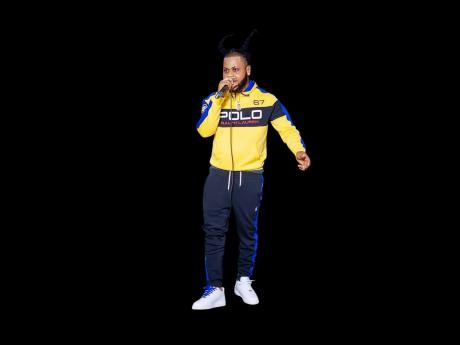 Dancehall artiste Kaream Karizma is not a big fan of the joyless grind of a 'traditional' job and that's why he released a new single titled Nine to Five.

"The inspiration behind my song was the constant complaints of people around me who work a nine-to-five job, who find that with the rising food prices and inflation, they are not able to cover bills. And then the recent strikes with NWC [National Water Commission] and airport workers put the icing on the cake," Kaream Kharizma said.

He said the feedback has been mostly positive because so many people can relate to the concept. However, some people reacted negatively and he believes they did not understand the concept.

"All 'I'm saying is that there are better ways out there to empower yourself instead of doing a nine-to-five, like becoming one's own boss and entrepreneurship. The new generation has found an easier way to make money ... one can't be a worker forever. Instead, try to be a boss," he said.

The young deejay said he was inspired by the story of a local pig farmer who showed him how he was able to build a successful farming enterprise.

"He always had a fat wad of cash and he showed me how his business worked and I was amazed. Now things are even more advanced with the Internet. You have content creators and online entrepreneurs who are making millions," he said.

Kaream Kharizma, given name Jeavoy Beharrie, voiced his first song in 2009. He is known for songs such as Pretty Little Indian and Watch Ova Me.