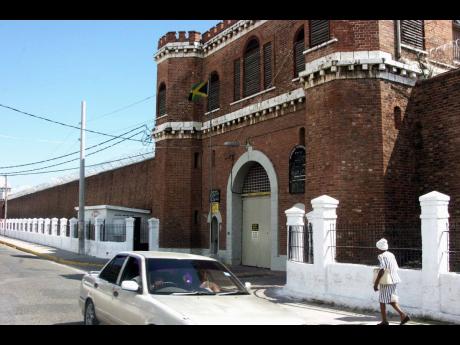 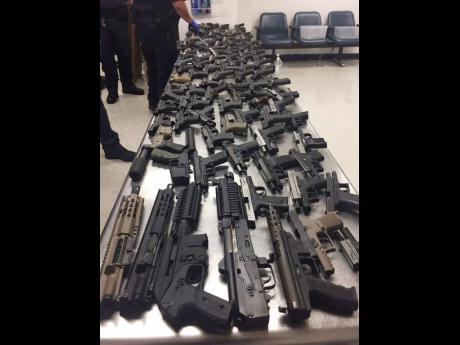 A staggering 85 per cent of all homicides in Jamaica are committed using an illegal firearm. 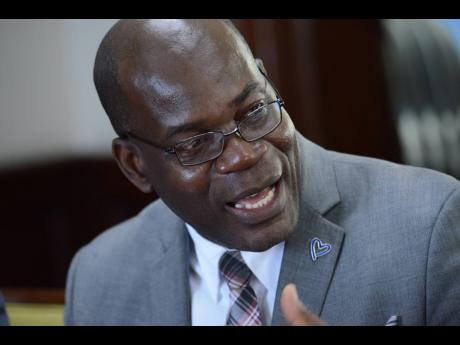 Deputy Commissioner of Police Fitz Bailey believes that persons who are caught with an illegal firearm should be sentenced to life imprisonment.

Parliament, in 2010, amended the Firearms Act to impose a minimum sentence of 15 years' imprisonment and a maximum term of life imprisonment for persons convicted of certain firearm offences. However, the courts have, in some instances, imposed sentences lower than 15 years behind bars.

Prime Minister Andrew Holness said that he feels so strongly about people possessing illegal firearms that he is prepared to see them head to the gallows. He said that his administration will table a new firearms bill in Parliament, which will propose stronger penalties for the possession of illicit weapons.

Bailey, while being coy on the Jamaica Constabulary Force's (JCF) overall position on the matter, told THE WEEKEND STAR that he personally believes that the only way to deter criminals using illegal weapons is to legislate harsher penalties.

"If I were to give my own position, and I have said it many times, that persons who possess an illegal firearm should be sent to prison for life," said Bailey at a police press conference yesterday morning at the NCB South Tower on Oxford Road in St Andrew.

"I know the lawmakers are working on amending the Firearms Act. I really don't want to get into that, I leave that up to the lawmakers and those who have the responsibility. We have made our submission already. We have a legal department that focuses on supporting the body that is responsible for legal reform. I can't say what is the JCF position. I am not certain that the JCF collectively has a position. We would want to ensure that the penalty fits the crime," Bailey added.

There have been calls in recent weeks from several public figures for an amendment to the Act as the country continues to be held hostage by the spiralling murder rate.

Statistics published by the JCF show that 111 murders have been recorded in Jamaica as of Saturday, January 22, most of which involved the use of an illegal gun.

Bailey, a senior crime fighter, who oversees the crime portfolio within the JCF, also told THE WEEKEND STAR that persons who knowingly 'lock' illegal guns for criminals must not be excluded from the discussions.

"In addition to that, it is my view that, if it can be established that the owner of a property is aware and supports a person keeping an illegal firearm on their property, I think there needs to be consideration for forfeiture of that property," he said. "Firearm is one of our major concern, then we should have legislation and penalty that serve as a major deterrent."