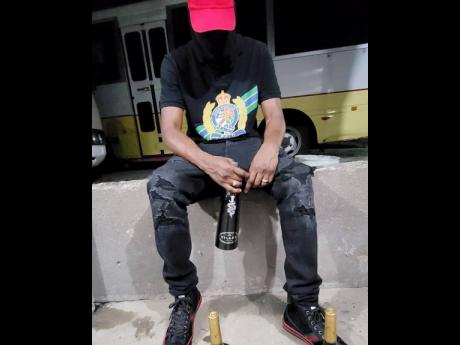 Prosecutors in the corruption case that has been brought against popular dancehall producer ShabDon have alleged that he offered $2 million to a cop to remove an illegal firearm from his grey Mercedes-Benz motor car before it was searched by experts.

ShabDon, given name Linval Thompson Jr, has been charged with breaching the Corruption Prevention Act. The charge was slapped on him the same day that he was offered bail in the Gun Court where the firearm charge was mentioned. He has pleaded not guilty to the charge of illegal possession of firearm and ammunition and has been released on bail.

When he appeared in the Kingston and St Andrew Parish Court to answer the corruption charge yesterday, his attorney Donahue Martin said that he was not guilty.

The allegations are that on October 14, police conducted a vehicular stop and search in Old Harbour, St Catherine, with the intention of apprehending two suspects who their intelligence indicated were conspiring to carry out a murder. It is alleged that about 9 p.m. a vehicle was intercepted with Thompson and another man aboard.

The court heard that based on intelligence, the police believe that a firearm was hidden in the vehicle.

The court further heard that on October 15, about 11:30 a.m., Thompson was inside the Criminal Investigations Office in the company of the complainant, a policeman, when he allegedly offered $2 million to remove an object from his motor vehicle before it was to be searched by experts.

The complainant reportedly declined the alleged offer and subsequently informed his supervisors of the offer. There were no eyewitnesses to the alleged attempt by Thompson to corrupt the process.

Senior Parish Judge Lori-Ann Cole-Montague offered Thompson bail in the sum of $450,000 with at least two sureties. He has been ordered to surrender his travel documents and a stop order was imposed. Additionally, he has been ordered to report to the police three times a week. A fingerprint order was made. Thompson is to return to court on January 20, 2022.