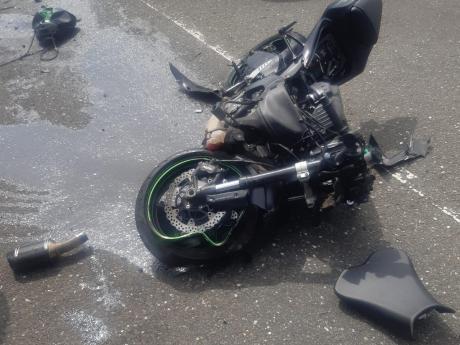 One man has been confirmed dead following an accident involving three vehicles on the Melrose Bypass in Manchester this morning.

The deceased, whose identity is being withheld pending further investigation, is said to be of a Trelawny address.

Police reports are that approximately 10 am, the deceased was travelling on a bike  heading east off the Bypass along with a motor car, while a bus was travelling in the opposite direction.

The conditions of the other persons involved in the crash have not yet been determined.