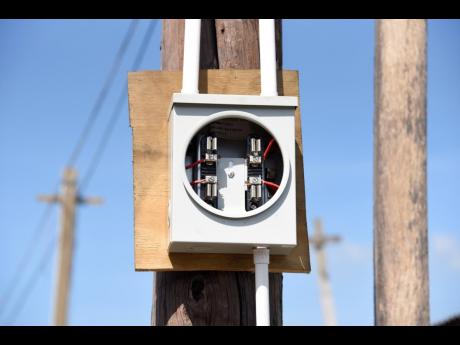 Howie, a resident of Beverly Gardens in Fletcher's Land in Kingston, said he was forced to spend most of Wednesday night in his car as he was unable to bear the heat after his electricity was disconnected.

He told THE WEEKEND STAR that despite the constant power outages, there is no decrease in his electricity bill. He is imploring the Jamaica Public Service (JPS) to rectify the matter.

"It is not me alone, there were other persons that had to sleep in their vehicles to get the AC and to charge their phones. This morning (Thursday) when I was heading to work, I couldn't even iron my clothes. This has been happening for months on a daily basis where it goes away for hours. But, on Wednesday, it was the worst because it went away for the entire day," he said.

Media and public relations manager at JPS Audrey Williams, said the area has a high level of electricity theft, above 85 per cent, which has serious implications for the reliability of service. But Howie believes that the good are suffering for the bad.

"It's like they are forcing us to hook up illegally because those who are stealing are not being affected. This is a time when persons have their kids going online so how are we suppose to manage?" he said. Another resident stated that on Wednesday she was forced to purchase data so that her daughter could attend online classes.

"This has been happening since late June where the light would go away at various times of the day for hours. It wasn't so impactful when it started because it was the summer and school was out but we had still been making contact with JPS to rectify the issue but nothing was forthcoming. On Wednesday, the power went out from 1 p.m. and never came back until 8 a.m. yesterday (Thursday) morning and that was awful because the night was really hot," she said.

Winsome Callum, director of corporate communications and customer experience at JPS, says the root causes of electricity theft and indeed criminality are primarily social and economic, and are reinforced by a mentality of entitlement and 'freeness'.

"Over the years, JPS has tried several approaches to encourage compliance, such as: the removal of illegal wires, partnerships with affected communities as well as meter audits, face-to-face dialogue and moral suasion," she said. "The security forces have also assisted in sanctioning illegal users. Now, in fairness to paying customers and in an effort to reduce significant damage to the grid, the company is utilising technology with protective mechanisms to safeguard equipment and curtail the wanton theft of electricity experienced across the island," the company said in a press release.