Ford has created a fragrance designed to smell like gasoline 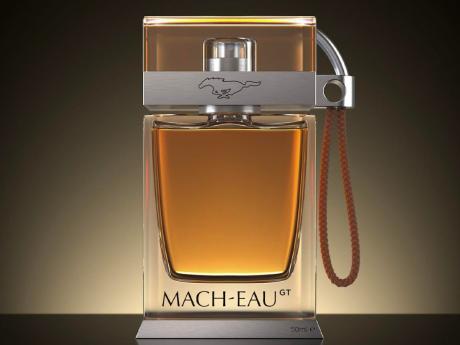 Intended to small like gas and rubber, the fragrance is currently not for sale (photo via FORD)

As Ford gradually makes its complete transition to electric vehicles (with the Mustang Mach-E and the electric F150 being announced in the past two years), they conducted a survey to find out what their customers missed most about petrol-powered cars.

The results showed that “one in five drivers said the smell of petrol is what they’d miss most when swapping to an electric vehicle, with almost 70% claiming they would miss the smell of petrol to some degree.” Ford also claimed in a press release that Petrol ranked as a more popular scent than both wine and cheese, and almost identically to the smell of new books.

The concoction doesn't actually contain any petroleum, but "is designed to please the nose of any wearer; a high-end fragrance that fuses smoky accords, aspects of rubber and even an ‘animal’ element to give a nod to the Mustang heritage," said Ford spokesman Jay Ward.

The fragrance is not currently for sale.