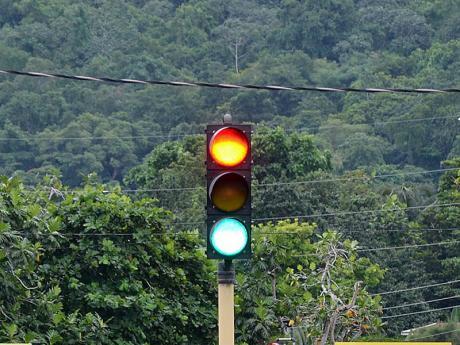 The National Works Agency (NWA) is reporting that the traffic signals, located at the intersection of the Mandela Highway and the North / South Toll Entrance is currently out of service.

NWA says the outage is as a result of the theft of approximately 130 metres of Jamaica Public Service (JPS) wire, that provides electricity to the traffic signal cabinet.

Manager of Communication and Customer Services, Stephen Shaw says that signal technicians from the NWA, upon inspection, realised that the JPS’ twisted wire that supplies power to the cabinet via the pothead was missing.

He says the NWA has since made a report to JPS regarding the matter.

Mr. Shaw further stated that this is the second time that this has occurred at the location as two years ago the JPS wire that powers the traffic signals was stolen.

He has urged motorists to exercise extreme caution when approaching the location, and to pay extra attention to pedestrians who may be using the area.