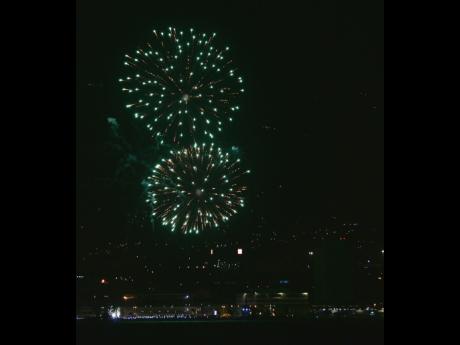 The Minister of Culture, Gender, Entertainment and Sport, Olivia Grange, has announced that there will be fireworks over Kingston at the climax of the Independence Spectacular this evening.

The fireworks show is expected to last for five minutes, and will come at the end of the Independence Spectacular which is being staged as a virtual edition of the annual Independence Grand Gala.

In keeping with the necessary restrictions on gaterhings to reduce the spread of COVID-19, the Independence Spectacular will be held without an audience at the National Arena.

L’Acadco, Dance Xpressionz and Citi Dance Company will also perform on the show which begins at 4pm and will be broadcast live on TVJ, PBCJ and on social media.

The Virtual Street Dance is to compensate for the absence this year of the annual street parties in major towns across the island due to the reality of covid-19.

Members of the public will be able to participate in the Virtual Street Dance via the video conferencing and messaging platform, Zoom.