Woman dies after landing in Jamaica 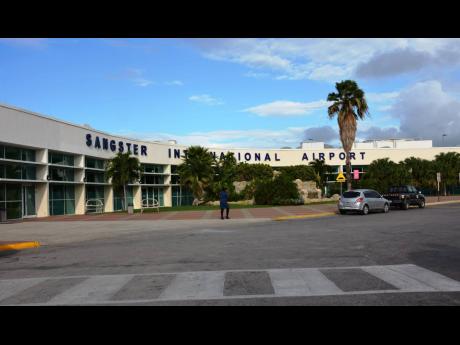 A St Mary woman who arrived on a Delta Airlines flight from Atlanta on Tuesday afternoon collapsed and died in the immigration hall at the Sangster International Airport, one day after the island reopened its borders to the tourism sector.

Evadney Sewell, reportedly from Boscobel, was travelling with her husband when she fainted while standing in line.

Immediate action by nurses and a doctor assigned to the new protocol team at the airport saw them trying to resuscitate her with her mask on. After they removed her face covering, she remained listless.

The Jamaican national, aged 62, was rushed to the Cornwall Regional Hospital where she was pronounced dead.

A traveller who was in line with Sewell said that she seemed very happy earlier and was seen joking with other passengers. She was taken out of the airport on a stretcher.

A passenger said that Sewell was apprehensive about taking the COVID-19 test. "Her husband even turned to her and tried to reassure her," said the passenger.

In a media statement, Minister of Health and Wellness Dr Christopher Tufton expressed profound regret on the passing of the Jamaican national.

His ministry said that arrangements were being made for the deceased's direct family members to access counselling.