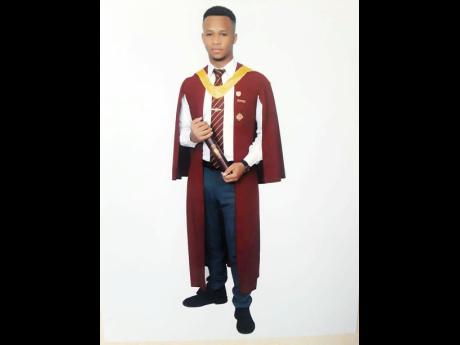 When Renaldo Facey got accepted to attend Drexel University in Philadelphia, he was over the moon.

Although he got a US$50,000 (J$6,628,015) scholarship from the institution, he knew he was nowhere close to walking through the doors of the university, as his family could not afford to pay the remaining US$20,000 (J$2,651,206) that was required. He said that he was ecstatic when the member of parliament for Western Kingston, Desmond McKenzie, committed to pay the required amount.

However, the 19-year-old said that his dreams of becoming a medical doctor had to be put on hold earlier this month when he was kicked out of the university for an outstanding balance of US$10,000 (J$1,325,603).

"I would have been left stranded in the United States if it wasn't for a kind gentleman, who is a friend of my grandmother's friend. He, a total stranger, heard about my situation and took me in, and I will be forever grateful," he said.

Facey said that only US$10,000 was received from McKenzie towards his tuition, leaving a balance of US$10,000.

THE STAR tried to get a comment from McKenzie on the matter, but was unsuccessful.

The teenager met McKenzie, who pledged to assist him, at an award ceremony that was held at the Mona Visitors Lodge, St Andrew, in 2017.

"I got a letter from him (Facey), and he wrote that letter from his heart. Perhaps the area that touched me most was when he mentioned the challenges he encountered living in Denham Town, and the fact that he did not allow this to take away or to distract him from what he wanted. My commitment to him is that he will never have to ask where the school fee is going to come from to put him through university to achieve," McKenzie said at the ceremony in 2017.

rid my family of poverty

However, the Wolmer's Boys' School graduate is now seeking the public's assistance to fund the remainder of the tuition for the year, as he does not see another way out.

"By the second year, I will gain a job and additional scholarships, but I really don't want to drop out of school. I have worked really hard academically to be where I am now, and I want to be the one to rid my family of poverty," he said.

The Denham Town resident said that he grew up in a single-parent household and knew that the only way he could escape poverty was through academics.

Throughout high school, he got funding from the Poor Relief Association.

As his tertiary studies sit in limbo, Facey said that he wants to become a medical doctor because the profession will give him the ability to help others in need, especially persons living in inner-city communities.

"In 2016, I worked at the Bustamante Hospital for Children in the radiology department, and just seeing how the doctors were able to use the knowledge which they attained in the medical field to help sick people, I was really inspired and that really bolstered my desire to pursue a career in that field," he said.

He re-emphasised that if given a chance to realise his dreams, he would be ecstatic.

"I just want a chance at life. That is all I am asking for. I am grateful for every dollar if I am given any," he said.