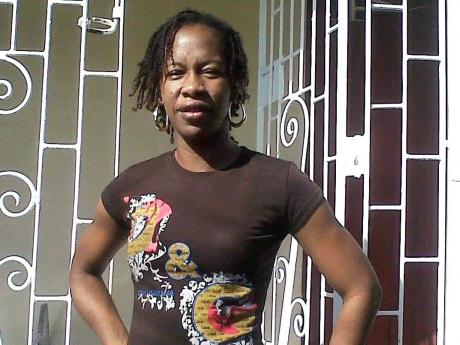 Suzett Whyte, mother of the newborn who was abducted from the Victoria Jubilee Hospital in Kingston last Wednesday.

"Mental anguish" is how attorney-at-law Christine Hudson describes the ordeal facing the parents of the baby that was stolen from the Victoria Jubilee Hospital (VJH) last Wednesday.

"I am sure the mother is experiencing severe psychiatric stress and strains now. Can you imagine carrying a child for nine months, and you are looking towards bonding with the baby, and in the blink of an eye, the child is snatched? It's not like the baby died; that's awful," she said.

Police are still probing the disappearance of Suzett Whyte and Sinclair Hutton's newborn son, who was stolen from the hospital on January 9 just hours after birth.

Reflecting on the situation, Hudson said although the grieving parents should consider seeking legal action against the State, the emotional state of the mother needs to be addressed as soon as possible.

"I think the parents should consult an attorney because they do have a cause of action of negligence against the State. They should seek legal redress because they need to give an account for her emotional distress. I feel really sad about the entire situation. She has been wronged, and she needs a lot of counselling before she has a meltdown. Of course, she has reasonable grounds to file a lawsuit, but the bigger picture, at the end of the day, her mental anguish is what needs to be addressed now ... . The process starts with that first, " Hudson said.

Whyte said that the woman who hospital administrators suspect took the child offered to help her clean a section of the floor that was soiled. She quickly made her way to the bathroom, but when she returned, her baby was missing.

According to Hudson, even if the baby is found, both parents will still experience trauma. She hopes that they will get closure soon.

"Whether or not the baby is found, that mother will still suffer from anguish, and she still has a redress. No one knows when she will get closure because it has been a week and counting now. I really pray they will get their child back," she said.

On Wednesday, when The STAR spoke with Whyte, she said she was a shadow of her former self.

"I am not coping at all. It's hard to explain how I am feeling ... . Mi have sleepless nights, and when mi do get a little doze, a bare nightmares mi have," she said.

Also suffering is Whyte's seven-year-old son, who she said had already been playing the role of big brother when she was pregnant.

"Mi son did a look forward for him bredda to come home. Him fall in love with him from him inside me. Mi memba how him always kiss mi belly and ask him little bredda if him okay and if mi give him anything to eat. Him cry hard when him hear say the baby get tief. He is not a selfish child because him welcome the baby from him find out mi pregnant," Whyte said.