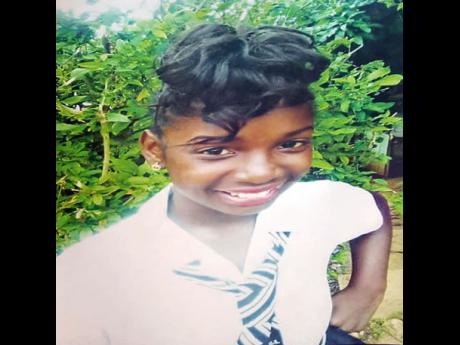 More than a week ago, Aliyah Hibbert left her grandmother's home in Ragsville district in Guy's Hill, St Catherine, to attend school, but she did not set foot on the compound.

Her mother believes the 14-year-old, who attends the Guy's Hill High School, ran away with another girl from another institution.

"Persons saw my daughter with (the other girl) leaving together. They didn't know where they were going because they thought she was leaving to go to school. She run away with her," Aliyah's mom, Latty, told THE STAR.

Since they were seen together in Guy's Hill, no one has heard from either.

"I did all the necessary things. I made police reports, did a search with other family members, printed flyers. I put it on social media in every group that I can possibly get it circulated," Latty said.

Latty said her daughter is not the type to stay away from home.

"This is the first time that she leave home and I haven't received no call or no anything," Latty told THE STAR.

She is also questioning why her daughter would run away with the other girl as she has not known her for a long time.

"She maybe know her for a year or so if that long because this is the first time that I hear my mother talking about this (other) girl," she said.

Latty is begging her daughter to return home, as the family is concerned about her being away for so long.

"Wi not going to hurt her, wi not going to beat her. We really need her to come home because we are all worried, everybody is worried," she said.

Latty said that she has been in contact with the other girl's father.

"I call him every day of the week, like two, three times a day and nothing," she said.

The other girl's father admitted to THE STAR that this is not first time that she has left home for an extended period of time.

He said the teen was sent by her grandmother to a shop and has not returned.

Though he believes she has run away from home again, he said he is still concerned about her safety.

"Of course mi must feel worried. If yu have one likkle pickney and him keep a lef di yard, yu must concern," he told THE STAR.

He also admitted that his daughter is currently suspended from school for fighting. But he said she isn't unruly.

"It's not that she is a troublesome child, she is just disobedient. She nuh want nuhbody talk to har, a just that. A goodly all a dat (suspension) cause it, mek she go weh," he said.

He said that he has done all he can to find his daughter.