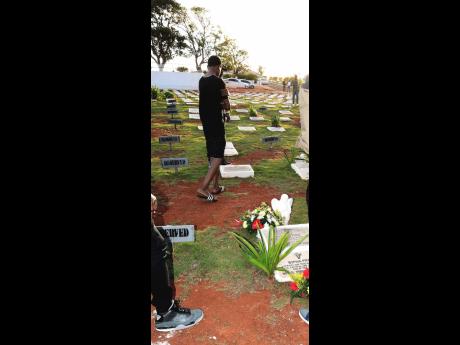 A section of Meadowrest Memorial Gardens.

Would you buy your burial plot long before you die? Some persons have been doing this, and operators of Meadowrest Memorial Gardens have been seeking to get Jamaicans to come in and choose their plot of land.

Under a campaign, dubbed 'Rest Well', Meadowrest said the pre-purchasing of graves could ease the financial burden on survivors.

"Losing a loved one is hard enough. Make those final moments a little easier for those you leave behind. Pre-purchase your plots at Meadowrest today," the advertisement said.

A representative of Meadowrest said that since the campaign began, they have received "several calls", which indicates that the fear that persons have about preparing for death has "subsided somewhat".

"People are not afraid to prepare for death, but you still have a few that may have the phobia. But I think people are more conscious of the fact that death is imminent and they need to prepare," the representative said.

Joseph Cornwall, managing director of House of Tranquillity Funeral Home, told THE STAR that while it is not widely done, the practice of persons purchasing their burial plots before they die has been in existence for some time.

He said the practice is mostly done by elderly persons, as well as churches that make purchases for their members and shut-ins.

The Meadowrest representative also said that the price for a single vault is $105,000, while a double vault costs $168,000.00. With the 'Rest Well' campaign, individuals would be required to deposit 50 per cent of the cost after which they have six months to complete the payment.