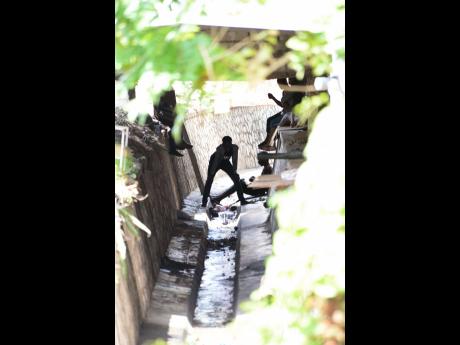 Detective Inspector at the Centre for the Investigation of Sexual Offences and Child Abuse (CISOCA), Claudette Hepburn, has confirmed that at least a handful of minors are living among homosexuals in gullies in the Corporate Area.

Hepburn says although CISOCA has received reports and acted on them, the minors always manage to elude the police.

She noted that the police are wary about how they approach retrieving the minors.

“These are children that we are dealing with. I can't send officers to run in the gully along with these men, these men are quite dangerous. Also, we don't want it to be said that the police are using force on them because they are of a different lifestyle. CISOCA never discriminates,” she continued.

She mentioned an incident where a father journeyed from Clarendon to retrieve his son who was lured to the gully by an individual he contacted online.

The police, along with the father, tried unsuccessfully to retrieve the youngster.

“The police assisted the father down there on two occasions. The last occasion, when the police was there, the little boy came out of the gully and said 'Daddy', and by the time the father said 'Son, why yu do that to me', the little boy ran right back into the gully,” Hepburn said.

She is concerned that if parents are not more vigilant about how they allow their kids to surf the web, it could lead to dire consequences.

She acknowledged that it would take a collaborative effort between CISOCA, parents and corporate groups for children to be removed from the gully and adults who are sex offenders to be brought to justice.