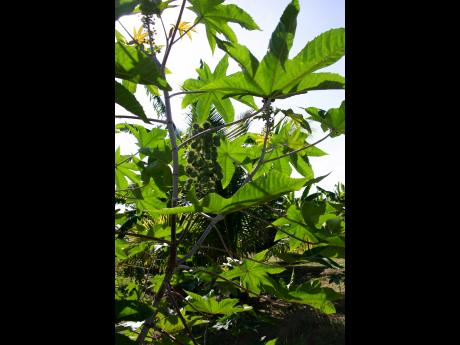 The castor bean or 'oil nut' as it is also known grows wild across Jamaica. 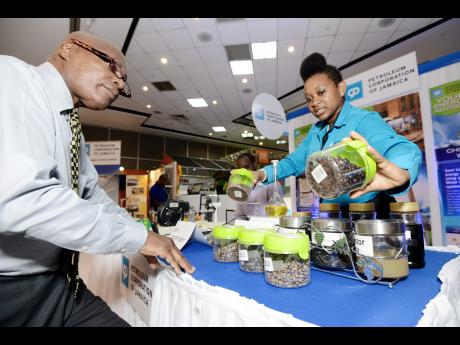 Sherose Senior is puzzled why Jamaica has not tapped into the castor oil market, which is worth about US$200 million.
Like many Jamaicans, Senior has seen the perennial flowering plant, but has not given much thought to doing much with it.
"How would it make Jamaica that much money and the Government hasn't done anything about it?", Senior questioned.
"I think mi auntie mek it. Think it's a seed and them pour olive oil on it. But mi nuh know how them grow it," she added.
Romar Edwards seemed just as unaware of castor oil's potential, but he, too, had a basic understanding of its uses.
"Mi see the tree them already, but mi think it grow wild. Them use it steam hair, use it on the skin. Old people would say, use  it for washout," Edwards told THE STAR.
Nonetheless, the castor bean is touted as a perpetual product that Jamaicans should aim to cultivate on a wider scale.
Interim President of Jamaica Castor Industry and castor bean farmer Joel Harris told THE STAR that castor and, more specifically, the Jamaican black castor oil, may be used for a variety of medical and beautification purposes. However, not many Jamaicans are involved in the growing of the crop.


"Jamaican black castor oil is something you take internally, and it helps you to expel or detoxify or as Jamaicans would say, washout. It has evolved from that to cosmetic uses and personal care uses," Harris said.
"It is able to go into hair, as it may strengthen your hair - makes it grow longer, thicker and more lush. Also, it has been used to soothe scars. I have also heard other testaments from people who use it on their skin to cure stretch marks, and their skin became smooth and clean," he explained.
Castor oil has been a home remedy for many Jamaicans and has been passed on through tradition from grandmothers and grandfathers to their children and grandchildren. It has great earning potential for Jamaica.
According to Harris, Jamaican castor oil is valued at between US$80 million and US$100 million in the American market, and has the potential of earning up to US$200 million globally.
However, he said other countries are unfairly profiting from the Jamaican brand.
"The problem is that countries like China, India, Haiti, as well as African nations, are creating oils and labelling them as Jamaican black castor oil and capitalising on Brand Jamaica," Harris said.
As part of their drive to encourage the wide-scale production of castor in Jamaica, the Jamaican Castor Industry is a part of Jamaica Baptist Union economic development initiative to increase the production of castor beans. Called the National Grow Castor Bean Project, the initiative is set to be launched on Wednesday at the Terra Nova Hotel.
Government Minister Daryl Vaz will be the guest speaker.