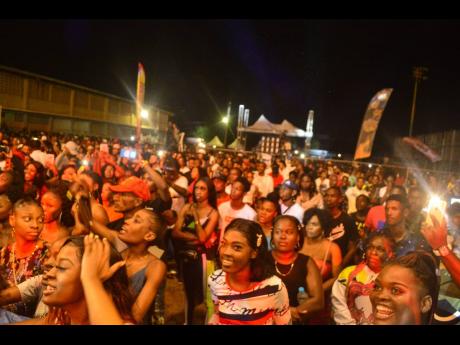 A section of the crowd at Ghetto Splash 2019. 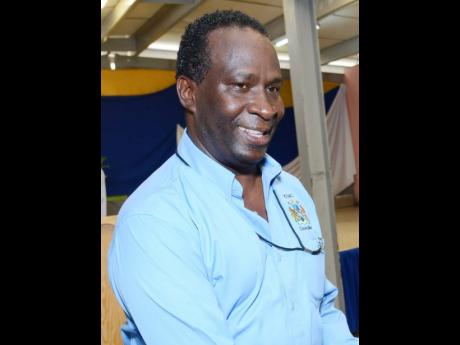 With Ghetto Splash two weeks away and a 14-day state of public emergency (SOE) just imposed in sections of St Andrew, event organiser Patrick Roberts says the only impact it will have is a positive one.

Ghetto Splash returns to the Waterhouse Mini-Stadium on December 20 and Roberts is "going full speed ahead as planned with promotions", having already secured the requisite permits and police approval.

"Despite the announcement by Prime Minister Holness about a state of emergency in the area, nothing has changed. The artistes have all pledged their full support and we have been advertising for this annual free event, and will continue to do so. From day one I sent a notification about Ghetto Splash taking place at the Waterhouse Mini-Stadium and he (Police Commissioner Major General Antony Anderson) sent it to St Andrew South. I have been in communication with SSP Kirk Ricketts (head of the division) and Superintendent Damion Manderson and everything is looking good," Roberts told THE STAR.

He pointed out that there is a precedent for events taking place as scheduled during these special measures by the Government to impose law and order, and he anticipates the same treatment for Ghetto Splash and other events.

"In 2019, there was a ZOSO (zone of special operations) in St James when Reggae Sunsplash was being held and it went ahead as planned. And, this year, there was a SOE during Sumfest and the event was not affected. Additionally, to my understanding, the SOE is for 14 days, which means that it comes to an end at midnight on December 20," Roberts added.

Roberts believes that the SOE "will give the event more credence because people will feel safer knowing that the security forces will be all out".

"It is important to note also that Ghetto Splash is taking place in the constituency of the honourable prime minister and it has his full support. We also have the support of the Ministry of Gender, Culture Entertainment and Sport and also the CHASE Fund," Roberts stated.