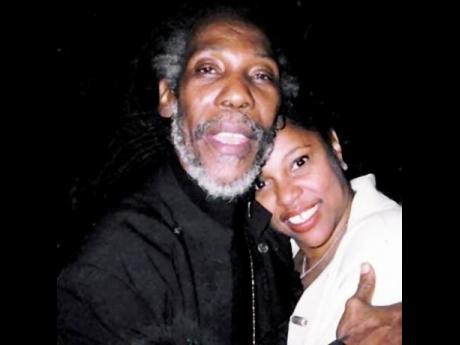 In a career that spanned over 50 years, Garth Dennis crossed paths with many of reggae's legends and also mentored several artistes, including three of his sons.

On December 2, which would have been his 73rd birthday, the former Wailing Souls and Black Uhuru singer will be remembered during an event at the St Andrew Park home of guitarist Earl 'Chinna' Smith.

Dennis died on December 9 last year in Los Angeles, where he lived for over two decades. Lead organiser of the show is his widow, Jenje Dennis, to whom he was married for 38 years.

"It's so important we recognise his work, the work of a true Rastaman. His legacy lives on through his sons, who will perform in his honour," she said.

Those sons, Shaka 'Rock' Dennis, Gyasi 'Gong' Dennis, and 'King' Saeed Dennis, are members of Blaze Mob, a roots-reggae trio that has recorded and performed throughout the United States.

They, along with Smith's Binghistra roots group and other colleagues, will perform songs from Dennis' time with The Wailing Souls, Black Uhuru, as well as solo songs he did with Smith.

Dennis was raised in Trench Town, where he rubbed shoulders with that community's stars, including The Wailers, Alton Ellis and Delroy Wilson.

Like his older brothers, Franklyn and Trevor, he excelled at cricket and football. However, he followed his sister Joanna's path into music.

Dennis, Duckie Simpson and Don Carlos were original members of Black Uhuru which formed in Waterhouse in 1972. He left to join The Wailing Souls two years later, recording a number of hit songs with that quartet such as War, Jah Jah Give us Life and Things And Time.

He rejoined Black Uhuru in the late 1980s.