Alkaline to drop ‘The Ripple EFFX’ on December 9 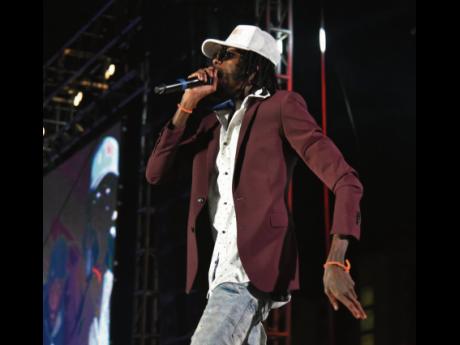 Reggae-dancehall artiste Alkaline has announced a six-track EP to close out 2022.

Titled The Ripple EFFX, Beckford said the EP "will further demonstrate his creativity, growth, and unforgettable presence as a lyricist".

Alkaline's debut album, New Level Unlocked, peaked at No. 1 on the Billboard charts, while his sophomore album, Top Prize, peaked at No. 2 on the chart.

The Ripple EFFX is slated for release on December 9 on all platforms.

Alkaline, the Champion Boy hitmaker, has consistently been one of the most streamed Jamaican entertainers. In 2022, as Spotify celebrated its first anniversary in Jamaica, the platform named him as the most streamed artiste in the region. The artiste 2021 YouTube data also positioned him among the top-tier acts in the genre.

As the artiste closes out 2022 with approximately a quarter-billion streams for the year, it positions him yet again among the most listened-to act in Jamaica and the genre globally.

Beckford said that the strides being made by the artiste is a reflection of both his lyrical prowess and his understanding of the market.

"We have learned how to expand our digital footprint into a global marketplace and the result of this can be seen year after year, based on the numbers. As an independent artiste, he comfortably outperforms his peers, and the best is yet to come," Beckford said.

Alkaline will be in the USA for Grammy-nominated artiste Movado's birthday celebration, which will be held on December 10, at Club Amazura in Queens, New York.