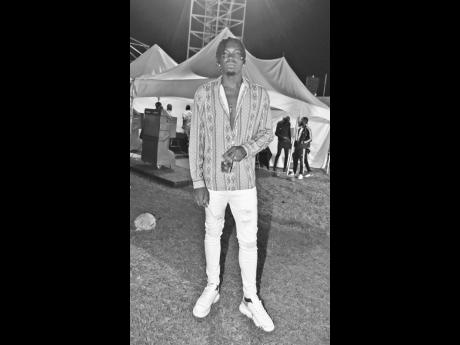 With a more global focus for his music, emerging dancehall artiste Kacique is aiming for an international market with his EP, Somerset Son, which is set to be released at the end of October.

"Eyeing a global market definitely doesn't mean that making an impact locally is not a primary objective. But, charting in various different countries and getting numerous streams in places that I didn't even know existed has made us realise [that] taking a global approach through the presentation and marketing of the EP is the best course of action," he said.

Kacique, whose given name is Romaine Dailey, is no stranger to the music industry, having been on the scene since the release of the viral track Official in 2018. He has since caught the attention of several dancehall heavyweights who have also been his inspirations, such as Bounty Killer and Beenie Man. With a fusion sound of past and present dancehall sound, he however continues to work towards that legendary breakout track to really cement his place in the arena.

"A lot has changed since Official and university. Music has moved from something I do on the side to being my job now, which definitely involves more focus and way more work. My career has picked up quite nicely since then also, gaining more fans, doing more shows and the music is reaching a lot more places now," the Manchester native said.

Kacique, who studied political science at university, said that though he is looking to gain a lot of global attention from Somerset Son, Jamaicans are just looking for music they can relate to, and his tunes will be satisfying that desire as well.

"I really don't think there's much difference between what Jamaicans are looking for out of music and what music listeners from all over the world are looking for. Jamaicans just want to hear what you [the artiste] has to say, whether it's motivation, an escape or even just fun. There are a lot of songs being made in reggae/dancehall to satisfy the needs of the Jamaicans," the deejay said.