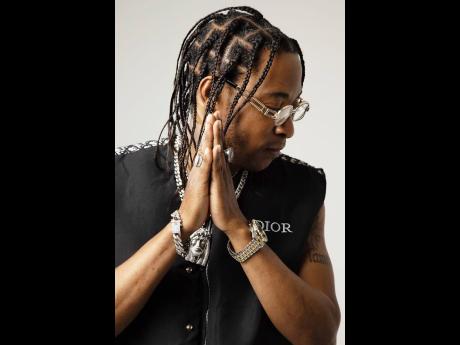 Dizzle JA had the ladies on his mind long before he began production on Sex Tape, his raunchy album, scheduled for release on October 14.

Although his previous projects feature 'girls songs', he went all-female on the eight-song set. Sex Tape is a hardcore collection that is inspired by trends Dizzle JA noticed in the dancehall.

"I definitely went for a more edgy sound. I was thinking about di ladies an hearing di feedback from some of my female companions, an watching di music wha dem dance to, an how dem gwaan when dem hear certain sounds, an hear certain songs, an certain words. Suh yeah, a rough edge sound fi da one ya fi di ladies," he explained.

The St Thomas-raised artiste worked with several producers on Sex Tape, including Chil4Rill out of Nigeria, as well as Americans Shawn Island and Radar Music.

Inspired by roots-reggae legend Bob Marley and dancehall greats Buju Banton and Bounty Killer, Dizzle JA began recording while attending Morant Bay High School in St Thomas. His studio output has been prolific in recent years with the release of several albums, such as My Time Now and Benzion.