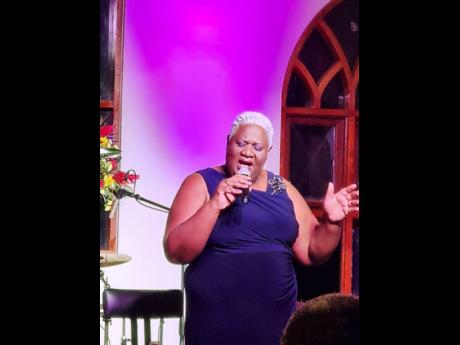 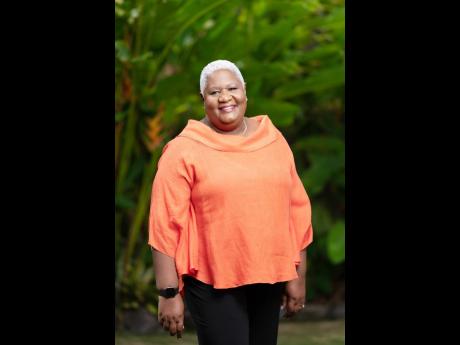 After several years of encouragement and motivation from friends and well-wishers who have been touched by her voice, Reverend Canon Georgia 'Grace' Jervis has now officially released her 10-track debut album.

She hopes that the album, Pure Grace, will tell all who listen of God's favour and mercy.

"I think all along whenever I sang, people would always tell me how blessed they were listening to me and so on, and to be honest I could not understand what they were saying and even now I don't think that I do. It is something that is beyond me. People always kept saying it and asking 'Do you have a CD?' and I would say no," she explained to Gospel Spotlight.

She admitted that when she thought of all that would be required, she felt some things were a little beyond her.

"Particularly the financing of the project. So, I have always wanted to [put out an album] but I was thinking about all the hurdles that would come with the project," she said.

Reverend Jervis, who originally hails from St Thomas, started out singing as early as primary school. She later joined her church choir. She started taking her talent more seriously when she tried out for the senior choir and the director pointed out that her voice was unique and signed her up for voice lessons in Kingston. Though she grew up in a Christian home, she began to take her own walk in faith at age 18. On her 60th birthday she decided that she was going to take the leap of faith and put together a body of musical work for posterity.

"I really wanted to celebrate that I am at this point in my life, 'cause if you are doing an album, you should do it when you young," she said jokingly. "The voice was there and I said 'God, make it happen'. I called a couple of friends and said 'I really want to do it, I think it's time'."

Among the songs on the album are four original pieces including the title track. The others are covers of tunes already popularised by other gospel singers. Unable to choose which track is her favourite, she said she just wants listeners to be touched by the message.

"I want people to understand that God's grace is amazing. It is something you have to experience and I think through the music, the lyrics combined with the accompaniment, together convey what it is about God's grace that is so important. So that is what I want people who hear it to be touched by -- God's grace," she said.

The album launch was held at the Church of the Good Shepherd on September 25. Reverend Jervis, who is also an educator, currently provides support and training to Anglican churches across the island.