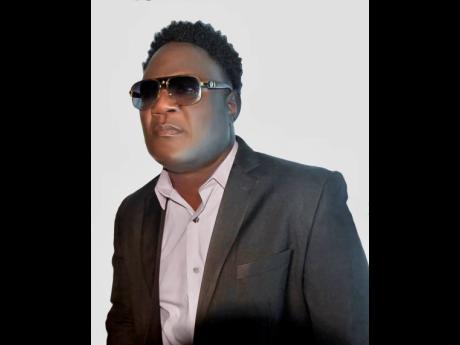 Gospel singer Kukudoo is best known for songs like King David and Thank You Jesus, that both appeal to the Christian and secular audiences.

His name may not be as readily on the lips as those of many other gospel acts, but his music continues to have mass appeal, carving out a niche especially in the overseas market.

Kukudoo, whose given name is David McDermott, converted to Christianity in 1994, and switched to gospel music over 20 years ago. His rousing mento-soaked gospel songs and high-energy performances have been a winning formula that has seen him becoming a permanent fixture on many local and international shows over the years.

Since the onset of the coronavirus pandemic, many artistes have found it difficult to move full speed ahead with their careers. Because of lockdowns and restrictions, the entertainment sector has basically come to a halt. However, Kukudoo has stepped out of his comfort zone and has released three singles. He is currently working on his fourth album, titled The Other Side of Kukudoo.

"Many shows have been postponed or cancelled because of the pandemic, but I still decided to go ahead and release these singles. They came on the heels of my album, Jerusalem, that was released in 2020. The album is doing very well, especially overseas, and so are the singles," Kukudoo said.

His single, Get Behind Me Satan, done in collaboration with Qraig from Voicemail and produced by Mr G, was voiced on the Glory Glory rhythm in December 2020.

In February 2021, in collaboration with his manager Nicholas Marks, Kukudoo released the single God Know Mi Heart and, five months later, he released another single, What A Day When Jesus Come, produced by Paul Bartley from the Katalyst Band.

Although not an exceptional time for him, Kukudoo said the 16-track album is set for release in September.

"People look at Kukudoo as producing only one genre of music. They are surprised when I sing different types of songs. So, on this album, I want to introduce people to a different side of me. I will still be singing gospel, but, going forward, any event can book Kukudoo," he said.

Kukudoo got his start in music by singing and cutting dubplates for the Excalibur, Stereo Don and Impression sound systems in his native Spanish Town, St Catherine. His biggest influences were rocksteady giants Alton Ellis, Ken Boothe and John Holt.

Despite having numerous tours and concerts cancelled because of COVID-19, Kukudoo is still thankful and is hopeful that he will return to regular assignments this year.