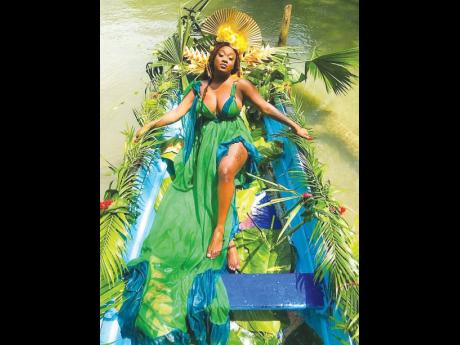 Recording artiste Shaneil Muir said she had "nothing further to discuss" about her separation from Good Good Productions after it was announced earlier this week.

She expressed that the decision was not easy, and that the musical relationship with the local artiste management and recording company does not end with their amicable split. According to the release posted by the label, the end of the musical partnership takes effect on Saturday.

But the Top Gyal artiste was more open to sharing with THE WEEKEND STAR about where she's headed next.

"This weekend I will be in Bronx, New York, performing for Top Gyal Thanksgiving and then it's right over to Brentwood, Maryland, for Waterhouse Link Up," she said.

Muir became one of the breakout sensations for dancehall in 2020 and continued to meet the expectations of the industry with songs like Yamabella, 3D, and Exclusive which she said "are three of the top singles I have done that have provided me with great opportunities to travel especially in this pandemic."

Applying a philosophy that, "you don't have to be great to start, but you have to start to be great" as a rule in taking her music career further, the entertainer-songwriter explained what it means for her to take risks.

"It is self-explanatory. You have to put your foot in the door, you have to take chances, you have to take risks, in order to know whether the results will be something to teach you what not to do in the future or something to teach you where you need to go," she said. "For the next few songs I will be releasing, it will be in the realm of reggae and dancehall, nothing outside those lines as yet, but definitely in the near future. I have a few collaborations with great artistes coming so that's something to look forward to and that's within reggae dancehall realm."

Exclusive released in July has garnered more than three million views on YouTube and close to 150,000 streams on Spotify alone.

"I always try to spread my wings when it comes on to ideas and expectations when it comes to music. If I am working on a project, definitely I am going to give it my all and I am always trying to exceed expectations and it's still growing," she stated of the track's success. Muir said she also sees herself venturing into acting in the future.

"Me love them something deh and would want to make a career out of it within the entertainment business. I would love to be in some shows and if the opportunity came up I would take it. We're still in a pandemic, there's a lot of things I want to do that I am not able to do at this moment so I will continue to exercise faith and every little factor that's needed to continue getting good results," Muir said.