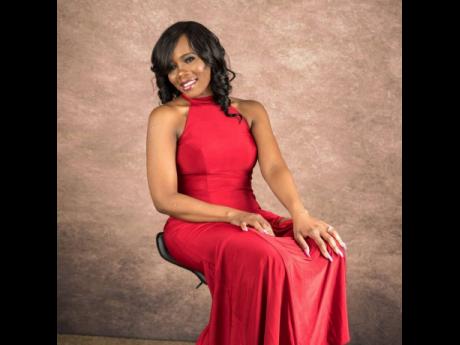 Delaware-based singer, songwriter Gigi P Rivera is ready to spread Christmas cheer along with the invaluable message about recognising "the true focus of the season".

"I want people to know that, without Jesus, we wouldn't have a Christmas," Gigi P Rivera told THE WEEKEND STAR. Having a strong cultural upbringing, being born and raised in Jamaica, the gospel artiste said she was used to a certain standard of Christmas celebrations.

She said, "Christmas in the US is nothing like Jamaica. Here, it's mostly about the shopping and the gifts. Back home, holiday was always so festive with the smell of fruitcake being baked and fried fish, just everybody cooking, and we would hear about Jesus' birth, especially in the songs. As children, we were familiar with hearing about the meaning in the music."

Gigi P Rivera collaborated with Chozenn for the single Christmas Is Here , which she hopes becomes a timeless track. After being introduced to the local gospel artiste's music by a friend during a barbecue, she shared, "I remember just following his journey like a year-plus ago. Then I heard Jesus Rock and immediately I had connected with him to be a guest artiste on a show here. I also heard him on the track before we even recorded it, and we have to do this collab."

"When I picked him up, we went straight to the studio and, in 45 minutes, he knew what he was going to do. That whole project was done in one day," Gigi P Rivera continued.

She has been working in the healthcare system for over 15 years and is currently a technician in one of Delaware's largest hospitals, Christiana Care. About five years ago, she kick-started her professional music recording career and has been signed to one of Delaware's biggest labels, BCA Records.

Her catalogue of music is heavily inspired by reggae and the Jamaica culture. For songs like Big Up Mi God and God Ah Mi Everything , recorded on up-tempo rhythms, the singer not only tells listeners 'this is how we do it in Jamaica', throughout the verses, she uses Patois because "it is always important to bring it back to my roots".

"I am from Nine Miles in St Ann. When I do songs, it must represent where I am from. Plus, music is running through my veins. I breathe music, everything is music for me ... it is part of my family," said the singer, whose father is Bob Marley's second cousin.

"I want when people listen to Christmas Is Here, to get in their heads that it is about the birth of Jesus and, as we sing, ' it's not about you or me', but the gift He gave everyone, Himself," she said.