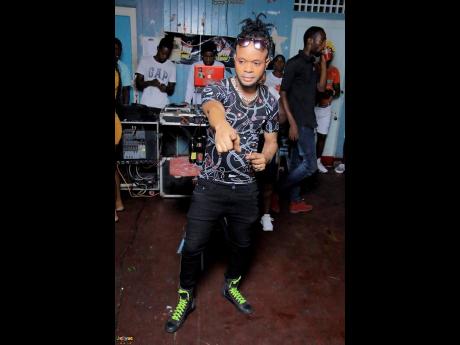 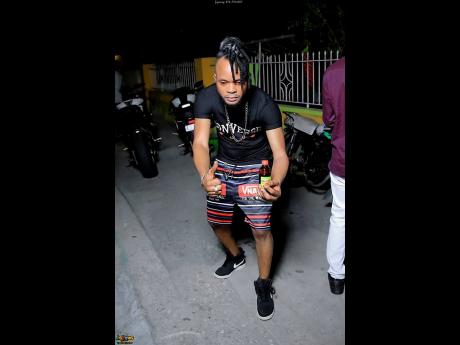 For dancer Gago Patapata, nothing happens before its time.

He's been on the dance circuit since he was a teenager in the '90s, and his steadfastness seems to be paying off with his latest dance move, 'Eazzyy Shake'. The creation is a variation of his 2019 dance move 'Patapata', which he revealed this summer.

"I had Eazzyy Shake from 2019 but I was holding on to it because I dropped Patapata and it didn't really go anywhere because corona came," Gago Patapata told Dancers' Paradise. "Because of that, mi seh mi nah put out Eazzyy Shake yet but a mind tell me to just go ahead and work with it because you never know what can happen."

He recorded himself doing the dance and promoted it on social media, and that eventually caught the attention of recording artiste Qraig Voicemail, thanks to fellow dancers Dansa Bling and Cojo Hotfoot.

Qraig Voicemail recorded Dance Fi Di Streets, which gave a shout-out to Gago Patapata's dance, and the dancer started using that part of the song as the soundtrack for his dance videos.

"He was like, 'If me do dah likkle piece a song yah fi dah dancer yah and him a do so much things and a promote it so much, imagine if mi do a song!' That's when he went ahead and do the song Eazzyy Shake," said Gago Patapata. The song has been out for three weeks but it hasn't necessarily made promoting the dance easier.

"Before the song, when I'd go to parties, I'd do the dance on every song that played. With the song, it's a bit more challenging because, fi get the song played at a party, it's like the selectors have to know you. Yuh haffi a do money pull-up and I'm just a little ghetto youth trying do a little nine-to-five. So it's hard for me to go to parties every night doing money pull-up when I have kids weh need it. I still do what I can do because the dance fits the song more," he said.

Gago Patapata, whose given name is Theodore Cousins, was born in Kingston but raised in Manchester where he acquired the nickname 'Gago'. On his occasional trips to visit family in Kingston, he fell in love with the city's night scene and started attending events like Dutty Fridays, Passa Passa and Weddy Weddy. His first dance move was 'Jim Screechie' and he has also participated in talent competitions with different groups.

"I've been through a whole heap of fight where I'd be in groups where group leader put me in the back because dem see that I'm a better dancer, so they try to shun me ... ." he shared. "Dancing is my passion and, when you see something and believe in it, you're not gonna give up. I stayed in the industry knowing that one day God will make a way for me, and it has finally taken its little time coming true."

Now rolling with the Get There Squad, he sees himself touring the world and creating more dance moves while serving as an inspiration to youth to never lose sight of their dreams.